THE UNDERGROUND RULES AND GUIDELINES
Welcome to the Underground, the place to be if your hobbies include lies, deceit and murder! This is the section where we gather to play games of mafia, a strategy game expanded out of a classic party game.

Of course, because of the competitive nature of the game, there’s some ground rules we need you to follow to make sure everyone is having a good time.

RULES FOR GAME MASTERS
Threads in the Underground are subject to moderator approval. That means before a game (or any other thread) you submit is visible to yourself or other players it needs to be accepted by a moderator. If you submit a thread and it isn't up within 24-48 hours, send one of us a private message and we'll either accept it or let you know why it was denied.

If you intend to submit your own game, you need to have participated in at least one other game in this section first.

In the UG, day phases typically last 48 hours while night phases last 24 hours. GMs must follow this standard day/night cycle unless otherwise discussed with the mods.

Here in the Underground we play a lot of variants of mafia that are generally not played anywhere else. With that in mind we welcome a degree of creativity and customisation in your games but it's important that your games are still recognisable as mafia. Be sure to follow the guidelines below when creating a mafia game. Game masters have the right to deny members with a recent history of vegging (becoming inactive during a game) or rule breaking entry into their games or to remove players who become inactive or break rules from their active game. Personal problems with a member do not constitute a valid reason to do either of these things.

RULES FOR GAME MASTERS
The Underground is not just for playing games. You are welcome to post threads to discuss the metagame, your favourite roles or variants or just about anything else related to mafia. You can do this in out Discussions sub-forum. Just do not discuss any details from ongoing games.

Frequently breaking the rules of games or overly aggressive play can get you in some trouble. Be sure to follow the rules outlined in game threads as well as the general rules of the Underground and PC as a whole. Breaking a game's rules can result in your removal from that game. Continued bad behaviour may result in you being banned from the Underground altogether and receiving infractions.

Overly aggressive gameplay can generally be described as routinely targeting the same player(s) without any justifiable reason, being unnecessarily rude or snarky or resorting to ad hominem attacks. Whether or not you are crossing any lines is up to the discretion of the moderators.

Have fun killing one another! Just remember to try and keep salt levels to a minimum. Some of us might take the game more seriously than others, but ultimately nothing should be personal because when you get down to it, we all just want to enjoy the game.

OTHER INFORMATION
The Underground is currently moderated by gimmepie, Kitty, Nakuzami and BidoofFTW, but if we are unavailable you can also contact higher staff with important queries that need immediate responses.

GAME TYPES AND DIFFICULTIES
Welcome to the Underground, the place to be if your hobbies include lies, deceit and murder! This is the section where we gather to play games of mafia, a strategy game expanded out of a classic party game.

Of course, because of the competitive nature of the game, there’s some ground rules we need you to follow to make sure everyone is having a good time.

BASIC/VANILLA GAMES
Basic/Vanilla games are standard mafia games that are designed to be easily accessible to beginners. They are stripped down to include only the simplest of roles and usually lack any sort of thematics or flavour. Typically they will have a cop, doctor, 1-2 mafia goons, a godfather and a fool with other players being vanilla townies although other setups can be used.

ASSASSINS IN THE CASTLE
A very fast and very simple variation of mafia that is light on power roles. Typically there is only a single mafia player against the majority town side. The key difference here is that the mafia win condition is not to obtain a majority but to kill a specific player on the town side, the “king”.

STATS GAMES
This is one of the variants unique to PC. Although the win conditions and day/night cycle generally remain the same as standard games, the actual gameplay resembles playing an RPG.

Instead of instantly dying if lynched or night killed, participants all have hit points dependent on their role in the game and players usually cannot die until their HP runs out. Day attacks count as an attack against someone while many night actions also deal damage with others focused on protecting/healing, buffing or hindering other players. Investigative roles can also appear.

JOKER/CULT GAMES
Also unique to PC, this style of game also retains the typical day/night cycle and standard lynch mechanics, but forgoes the standard mafia vs town setup and instead splits the players into multiple factions. To begin the game, there are 4-5 cult leaders for each faction while everyone else begins unaligned. Cult leaders then recruit players each night in an attempt to gain the majority.

Something particularly different about this variant, is that when a team member is recruited to another team they are not removed from any previous chats they were in creating opportunities for espionage and deception.

Typically, the roles in this game variant are primarily investigative in nature such as cops, watchers, trackers and roles that can determine the number of people in a team. The other typical roles are a vigilante/killer role and the “Joker” that wins by being in every chat. There are no night kills, however the cult leaders in these games usually possess a one-off kill that can only hit people already in their chat and a one-off recruit block to interfere with the plans of opponents.

BASTARD GAMES
“Bastard Games” is a very broad category of variants in which the actual gameplay mechanics are not altered but non-standard elements that drastically alter the game are introduced. Traits that might be present in a bastard game include but are not limited to:Bastard games vary so much in construction that it is difficult to actually rate how difficult they are as a category. As a general rule though, if a game appears to be bastard, assume a minimum of four stars for difficulty. 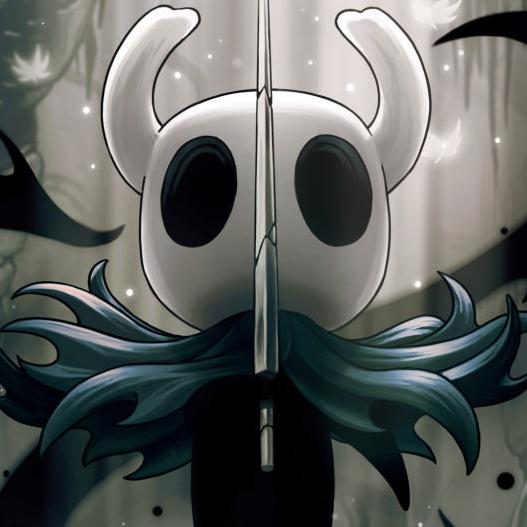 By participating in the Underground Leaderboard, players will be able to compete with one another on a higher level than individual mafia games. The main purpose of the Leaderboard is to promote activity and competition within games, and to provide a more concrete representation of how individual players are doing in the Underground. Players may opt in or out of the Leaderboard by Private Messaging any of gimmepie, Kitty, Nakuzami or Bidoof FTW and requesting to be added or removed from the rankings. Do not post in this thread to do so.

At the end of each game, the Game Master may post in this thread with a summary of the points that were earned for the game. Certain point distributions will be determined by the GM in coordination with the Underground Moderators, or by the Moderators alone.

**"Beginning" a lynch doesn't necessarily mean being the first one to vote on it (although it can). It could be whoever presents a case that causes others to vote, or someone who began a lynch one day that fails and then occurs again the next day, et cetera. This decision will be left up to the GM, or an outside judge.
Role Specific Achievements
A work in progress. We will be introducing achievements for performing particular actions as specific roles, which will award points for completing these achievements.
The Judges' Panel
The Underground Mods, gimmepie, Kitty, Nakuzami and Bidoof FTW, alongside the GM of each game, will act as judges for each individual player, assigning them scores in different categories. These scores will directly translate into points on the Leaderboard. The categories are as follows:

"Scumhunting" refers to a player's ability to gather information and seek out players that are Mafia or a hostile Third Party, and how they act accordingly.

"Evasion" refers to the ability of a player that is Mafia or a hostile Third Party to avoid scumhunting tactics and remain undetected.

"Sportsmanship" is a player's ability to remain considerate, polite and level-headed. Some shade here or there is natural for the game and won't easily detract from this score, but becoming overly "salty" or hostile will lead to a loss in points.
"Player Points"
Player Points are a specific number of points that the GM of the game may freely distribute to players as they see fit, either for performing particularly good plays, being active, playing respectfully, or what have you. The GM may distribute these points however they wish; they could give them out evenly among players, or pile them all onto one specific MVP. The amount of points that a GM has available to distribute is equal to twice the number of players in the game (ex. a game with 15 players would allow the GM to distribute 30 points total).
Current Season Standings
The current season hasn't started!
Previous Seasons
We haven't even started the first!
"Sure, there're probably infinite dimensions, but I'm with you in this one, so why would I try to find them?"