Age 20
Male
Brazil
Seen 1 Week Ago
Posted April 25th, 2020
32 posts
1.7 Years
1
January 15th, 2020 at 7:54 PM , since edited
✩✭Pokémon Magical Dream✭✩
Pokémon Magical Dream is a fan game made on RPG Maker XP
remaking an old game only available in portuguese called Pokémon Lenalee's Desire
and implementing a magical girl plot in the middle of it.
The idea behind it is bring one of my favorite things I made in the past to a model closer to the original games on GBA
while twisting it with a bunch of cool thing along the way... and of course, making it avaliable in english.

WARNING: Even though this game has no sexual content,
a bunch of the fakemon designs can be kinda strong if you aren't prepared
(some of them have more humanoid features that can be uncomfortable or shows blood),
and most characters motivations can be harder to relate at a younger age.

Lena is a 22 year old woman who couldn't find a normal job and is constantly arguing with her mother.
After being kicked out of her own house, Lena has no choice but start a Pokémon journey with 12 years of delay
to survive in this estrange world full of weird creatures, eccentric people and a talking Zigzagoon.

✿Green: Already in the game.
✿Orange: Programmed, but not in the game yet.
✿Red: To be programmed. This game's main gimmick.
Magical Dream is a held item that can change the form of some Pokémon
by making it wear a special suit or armor.
This is an obvious magical girl parody.
Most of the suits designs tries to replicate something already existent,
so expect recognising some shameless designs.
✿List of expected Pokémon:
"More Pokémon compatible with Magical Dream can be added in later development and some of the expected ones may be excluded from the final game."
✿Green: Already in the game.
✿Orange: All information decided and sprites already done, but not in the game yet.
✿Red: Incomplete planning or missing sprites. "There will be more than the Magical Dream in this game."
✿Dark Pokémon: Only a few Pokémon will have a dark form, including the main legendary of the game and the first form of all the starter Pokémon. Dark Pokémon always becomes Dark-type and have amazing stats, but it becomes a normal Pokémon as soon as you let it evolve.

✿Forbidden Region Pokémon: In other words, all the Fakemon. In the original game most of them don't even exist and the game always refer a faraway region filled with chaos witch is where those weird Pokémon comes from. To be completely honest, they originally were made to a different game (which never came out), so the designs are more like Digimon tham Pokémon, but they are cool nonetheless.

✿Chaos Weapon Pokémon: The main weapon the evil team will use through the game. They are not playable and will always feels really ridiculous and out of place. I swear it's on purpose.

✿Other forms: Normally one offs with a different mythology behind them. Some examples already in the demo are the giant Teddiursa who wanders the region and the Star Cave Teddiursa who only appears at that specific place. If you are interested in the game, you can already download the first demo!
This version of the game allows you to play up to a little bit after beating the second gym, which took me 6 hours to beat while testing some side stuff. 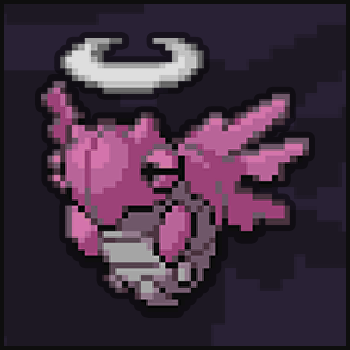 After a long way trying to make a challenging gym while balancing it, the third gym is finally complete! That time, soccer is the main theme, having exactly 11 NPCs and all the battles inside the gym will be double battles putting the player's team work in test. The third gym Pokémon type is Electric.

Overall changes.
Plans for a new version? Don't expect a new version so soon, but after the fourth gym and the big event involving the evil team would be a good time for showing in game the Dark Pokémon and the main character's transformation. At that point the game would have a decent amount of new content to be uploaded again as a new version.