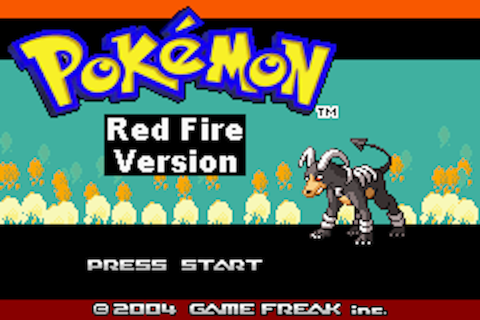 Introduction
Pokemon Red Fire Version is my take on a difficulty hack of Fire Red. I was inspired by Emerald Kaizo, specifically nuzlocke runs of Emerald Kaizo. My aim was to create a romhack that’s difficult to nuzlocke, balanced, and linear while retaining the general feel and structure of the original game. The linked zip file contains the patch as well as full documentation of trainer battles, wild pokemon, learnsets, item changes, and move changes.

Features
To achieve linearity certain roadblocks had to be implemented to eliminate branching paths. These take the form of altered environments, new NPCs, added Strength boulders and Rock Smash rocks, and rearrangement of some key items. The world map has been similarly altered to reflect the modified region. 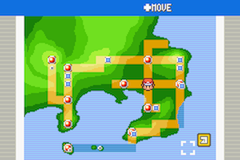 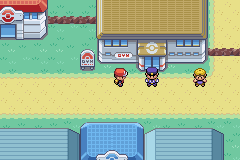 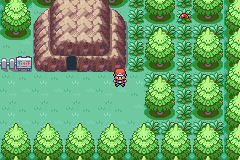 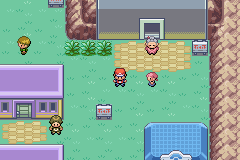 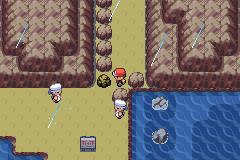 There are 300 trainers, 299 of which are mandatory. Trainers have been repositioned such that they cannot be avoided. There are added double battles, a rain section, and a sun section. The pokemon count of trainers gradually increases throughout the game with bosses always having 6. The level curve has been tuned to minimize the need for leveling outside of trainer battles. Blue has access to the same set of resources and pokemon as the player relative to his location in the game, limited to 1 pokemon per area. 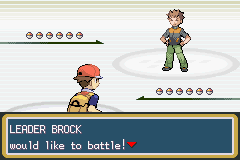 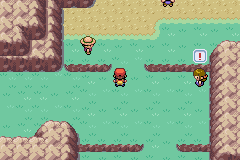 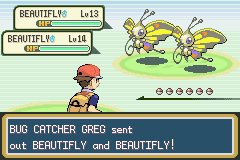 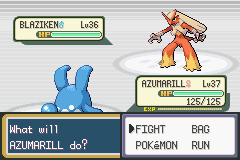 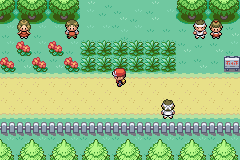 Wild pokemon placement and encounter rates have been changed significantly. New encounter locations have been added. Gift pokemon and trade pokemon have been removed. 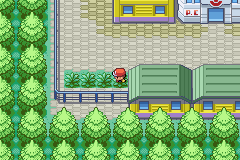 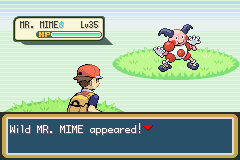 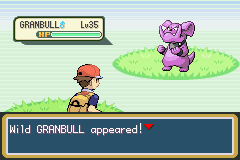 Pokemon have revamped learnsets that greatly improve their viability and effectiveness. Power points have been changed and accuracy has been boosted on many moves. 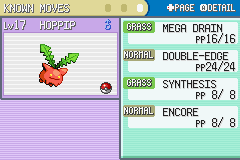 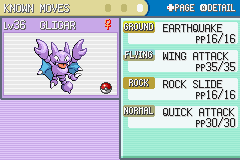 Some evolutions have been adjusted for increased accessibility of pokemon. EVs have been removed. Each pokemon species has 1 ability. 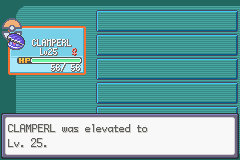 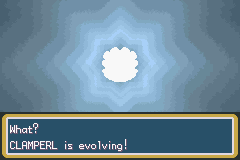 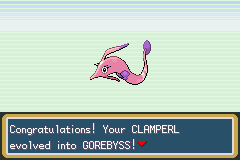 Shop inventories have all been changed. Berries are widely available for purchase. Rare Candy is available in Viridian for $1 to cover any miscellaneous leveling without grinding. Healing items have been disabled in battle. 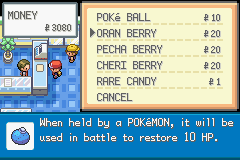 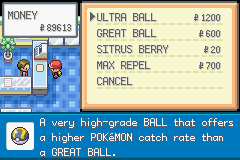 Field items both visible and hidden have been changed. 15 Big Mushrooms are scattered throughout the region for the Move Reminder who’s been moved to Celadon. 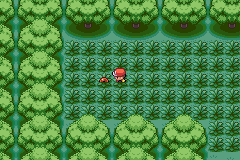 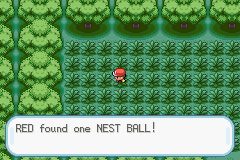 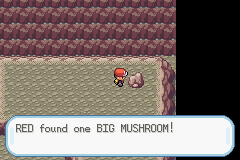 Spoiler:
My family
This project would not have been possible without my family’s support and encouragement.

PokeCommunity, Anthroyd, and everyone who's posted tutorials and created tools
I was able to learn how to make this hack with minimal questions because of the hard work and research of many people over the years, far too many to list fully. Most notably I used tutorials, tools, and research from this site, Anthroyd’s tutorial videos, and some data sets I found posted on Reddit. I’m very appreciative.

SinisterHoodedFigure
Emerald Kaizo is a fantastic game that raised the bar for difficulty hacks. After playing it for a number of weeks and watching some streams I thought, what would a Fire Red version of a hack like this be like?, and then began the multi-month project that became Red Fire. I’m very thankful for the inspiration that enabled me to accomplish a childhood fantasy of making a videogame.

PokemonChallenges
Jan’s videos, streams, and love for the franchise got me back into Pokemon games after several years of hiatus. His content helped me become a better Pokemon player.

PokemonChallenges community
I’ve learned a great deal about Pokemon and game design from playing and talking with Jan’s stream and Discord community. Their suggestions and feedback helped improve the quality of the hack.

Aurateur
He suggested the name Red Fire when I asked him during a stream what a good name would be for a Fire Red hack. It grew on me. 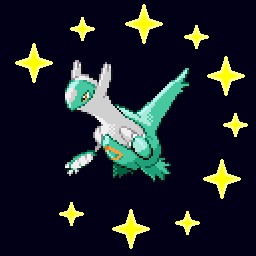 Seen August 3rd, 2021
Posted June 22nd, 2021
5 posts
268 Days
4
June 20th, 2021 at 3:48 AM
If you’re referring to the ability to overlevel by means of the available Rare Candy in Viridian, then yes. I’m aware. The accessible Rare Candy as well as the choice to do whatever one wants with that is intentional. Its purpose to alleviate grinding and to bypass the commonly taken step of using an Action Replay code to obtain the same items. It’s up to the player to decide how many to use and when to use them. If someone wants to deliberately trivialize the game by overleveling they certainly can (and could anyway), but as you said that would be rather unfun.

I did consider implementing some sort of forced level cap but ultimately decided against it. Experience management is a part of the challenge. Implementing a forced cap would negate that aspect of the game entirely.

Seen 1 Week Ago
Posted June 21st, 2021
1 posts
1 Years
5
June 21st, 2021 at 6:36 PM , since edited
Just saw your post about this on reddit, at first glance this hack looks really cool! I am curious though, even though it's not truly vanilla EK adding some gen 4 and 5 moves like earth power, drill run, flash cannon, etc. greatly improved many mons' viability. Was adding moves like that just not part of what you wanted to do? Cause obviously you were able to replace other moves with the various hidden power types, so I'm just curious. Also, I just noticed I see learnset changes but not stat changes. Did you not buff any pokemon's BSTs? Cause I feel quite a few mons definitely deserve stat buffs.

Seen August 3rd, 2021
Posted June 22nd, 2021
5 posts
268 Days
8
June 22nd, 2021 at 9:43 AM
Originally Posted by TheGameHunter [ Original Post ]
Just saw your post about this on reddit, at first glance this hack looks really cool! I am curious though, even though it's not truly vanilla EK adding some gen 4 and 5 moves like earth power, drill run, flash cannon, etc. greatly improved many mons' viability. Was adding moves like that just not part of what you wanted to do? Cause obviously you were able to replace other moves with the various hidden power types, so I'm just curious. Also, I just noticed I see learnset changes but not stat changes. Did you not buff any pokemon's BSTs? Cause I feel quite a few mons definitely deserve stat buffs.
I centered the power level of trainers around ADV OU. I wanted to leave the metagame largely in tact so there are no BST changes nor anachronistic moves. Boosting accuracy was largely to minimize winning/losing fights due to luck. From my testing in alpha the power of pokemon relative to each other was minimally effected by the accuracy boosting.

Originally Posted by PiscesLizard [ Original Post ]
How many Pokémon are available in the game?
The following pokemon are unobtainable by the player: Legendaries/Mythics, Aipom, Blissey, Castform, Chansey, Delibird, Ditto, Dunsparce, Farfetch'd, Luvdisc, Shedinja, Shuckle, Smeargle, Spinda, Unown. Every other evolution family is obtainable. The greater majority of wild pokemon are at their maximum evolution stage for their level.

Seen 16 Hours Ago
Posted October 7th, 2021
12 posts
196 Days
10
July 7th, 2021 at 9:27 AM
Originally Posted by slowbrah22 [ Original Post ]
how do I evolve machoke or kadabra?
how do I evolve yanma or gligar?
This is gen 3, so unless he decided to implement more Pokemon, Yanmega and Gliscor does not exist, so Yanma and Gligar can't evolve 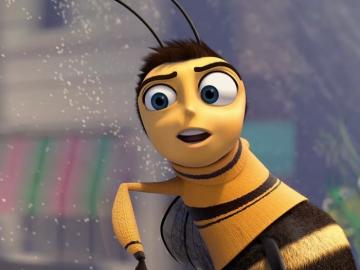