If you are looking for the Android version of G3T, check this thread instead.

This is a project to make a collection of a few tools for Gen 3 Hackers.
So far, I made these tools:
I've the intention to make all sort of possible tools, especially ones that were not made previously or that are already made but lack some additional features. But I can't do all that instantly, whenever I have the time and the mood to add more stuff I will.

Also, you're advised to make a backup before opening a rom. I am not responsible if my tool(s) corrupt your rom. (I added a backup option as of Version 2.0, it is enabled by default)

I'm open to all suggestions.
Enjoy, 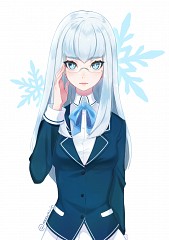 Puts the fun in dysfunctional

If so, I have a few that I think would help a little.

I'll add more once I think of it. 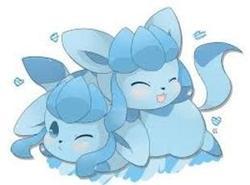 Some say the world will end in fire,
Some say in ice.
From what I've tasted of desire
I hold with those who favor fire.
But if it had to perish twice,
I think I know enough of hate
To say that for destruction ice
Is also great
And would suffice.
★ Robert Frost, Fire and Ice.

Play Me Casually | The Leola Project

And i'm a good bug reporter. Contact me if you want :D

Male
Lavendar Town
Seen November 28th, 2019
Posted November 27th, 2019
912 posts
7 Years
6
October 28th, 2013 at 6:17 AM
@Hacker Bisharp, normally, yes.
As long as the .ini file has the rom's type with the necessary correct offset. I used it on FR english, Emerald english and Ruby french.
The current .ini file supports English, French, Spanish, Italian and Japanese roms. But I don't know if it would crash when trying to read moves' names or description in a Japanese version or any langage that has some particularly special characters...
G3T - GEN 3 TOOLS ( Windows / Android )

Anyway, what I don't like is that the Move Editor window isn't showing up on my taskbar, and I can't even Alt + Tab back to it. =/

If it's not working then here's a link: http://imgur.com/D0OeDOT
Pair: Saturnus

Other Forums Im In:

"I love making out with lamps!" - Nigahiga

Originally Posted by destinedjagold [ Original Post ]
I like the fact that the attack type drop-down menu's extended. As far as I know, only your move editor has this feature. It's kind of a hassle to edit my newly-inserted attacks' types to new ones like Fairy through a Hex Editor.
That's one of the main reasons why I've made my own tool.

Originally Posted by destinedjagold [ Original Post ]
Anyway, what I don't like is that the Move Editor window isn't showing up on my taskbar, and I can't even Alt + Tab back to it. =/
You can re-click the Moves Editor button in the main window, it will bring it to the front! I think I'll make it appear in the taskbar.

Originally Posted by Maxedoutfreaky [ Original Post ]
Why do I keep getting this message?
Here's a screenshot (It's in da' spoilwa.):

If it's not working then here's a link: http://imgur.com/D0OeDOT
For some odd reason, the spoiler doesn't show the hidden content...
Anyways, you get that error message if the program fails to read or find the Table.ini file, which should be in the ini folder.
I guess the archive program you're using doesn't temporarly extract files like Winrar does... Extracting the whole content of G3T.rar file somewhere (f.e. on your desktop) and open G3T.exe from there!
G3T - GEN 3 TOOLS ( Windows / Android )

Image on: i.imgur.com/pB3oqUb.png (cannot post links)
I'm not English spoken guy, so sorry if my sentences are not gramatically correct. I hope, you (all) can understand me. 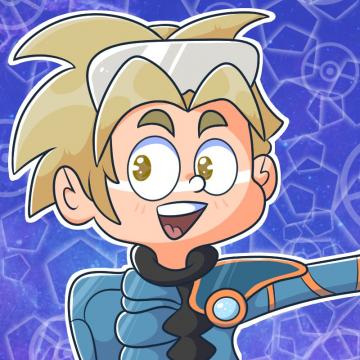 The new home for ROM Hacking!

Male
Lavendar Town
Seen November 28th, 2019
Posted November 27th, 2019
912 posts
7 Years
13
November 4th, 2013 at 6:05 PM
@ConorBroekhart, you had repointed the moves tables, didn't you? You have to edit the ini file with the new offsets. Talking about the ini file...
@Gamer2020, Yeah... I have tons of ini files in my tools folder, yours was the best among them so I took it, I didn't meant to steal it or anything, I actually thought it was used by several tools that's why I didn't think about giving credits to anyone... Do you want me to stop using it? Or should I simply just give you credit?

As of the "developpement" of G3T, I've fixed a little "bug" in the Moves Editor (nothing to worry about at all!) and I added a customization feature that allows you to customize the content of the dropboxes (useful for people who have new moves, types, ...etc) I also added a 2nd tool, Anti-Exploud, it is meant to help hackers easily replace some pieces of text, mainly for decapitalisation, I had made this tool a long time ago to decapitalize some text in my own hack, I made it now a little faster and added it to G3T.

Anti-Exploud, sounds cool. Have you already added it to the file in download link or you'll do it sometime later?

The new home for ROM Hacking!

It doesn't work on Leaf Green either.
However:
When Launching Fire red, there is no any error. Just all lists are blank.
When Launching Leaf Green, there is an error: "Cannot convert from &H string to INTEGER" or something like that.

In both cases, there are clean roms and unchanged ini files.

Program works great on Emerald, so probably the problem is only on FR/LG.

Also, I have a question about this tool. Is it possible to change effect type (ex. from none to other, or from any to none/other) with it? Or is it read only?
I'm not English spoken guy, so sorry if my sentences are not gramatically correct. I hope, you (all) can understand me.

I finally uploaded the new version (G3T 2.0)
2 new tools have been added: Anti-Exploud and Trainers Editor
A lot of additional features as well such as backup, user settings, ...

Here's an example, if I only change one move's type, one '00' byte will be added.

I'm not sure if it causes other problems, but so far, I can simply delete those extra '00' bytes being added and my ROM is playable just fine.

Male
Lavendar Town
Seen November 28th, 2019
Posted November 27th, 2019
912 posts
7 Years
20
November 15th, 2013 at 7:24 AM
Oh! I had noticed that minor bug before but totally forgot about it.
The function responsible of overwriting the ROM miscalculates its size, hence why it always add an empty byte at the end of the rom whenever the function is called.
Ok, fixed it! I'll upload G3T 2.1 later.
G3T - GEN 3 TOOLS ( Windows / Android )

Male
If I'm online, it's a safe bet I'm at a computer.
Seen January 9th, 2019
Posted March 4th, 2018
859 posts
14 Years
22
March 19th, 2014 at 3:09 PM
You may want to actually describe each of the tools in this little pack in the first post. I had no idea what Anti-Exploud did until I read through the thread. You should probably also say why the other tools are different/better than some of the alternatives out there now. Best of luck!

For ROMHackers, PokeCommunity is dead after the scandal. If you enjoy the ROMHacking scene, come with the rest of us to Silph Co. It is a forum by ROMHackers, for ROMHackers. None of the bloat of PC, and staff that knows what our subset of the community needs.

Male
Lavendar Town
Seen November 28th, 2019
Posted November 27th, 2019
912 posts
7 Years
23
March 20th, 2014 at 7:03 AM
Originally Posted by Deokishisu [ Original Post ]
You may want to actually describe each of the tools in this little pack in the first post. I had no idea what Anti-Exploud did until I read through the thread. You should probably also say why the other tools are different/better than some of the alternatives out there now. Best of luck!
Didn't you see the "Help" and "About" menus in Anti-Exploud? ^^
Anyway, I updated the 1st post.
G3T - GEN 3 TOOLS ( Windows / Android )

PM me if you want to trade, or add my FC.
Advertiser Content