This hack aims to freshen up the Kanto region by rearranging the plot a bit, as well as adding gen 4 pokes and fakemon, overhauling all of the battles, and basically everything else I listed in the features. I am very open to suggestions, so please don't hesitate to comment if you have an idea. Also please comment if you find ANY mistakes, down to the smallest of misspellings and grammatical errors. I want this hack to be professional, but there is no way I can catch every mistake on my own.
My sincere thanks...

...to the creators of these tools and all the others out there.
Tools Used

...to you! For testing it and finding bugs, giving suggestions to make it better, and just showing interest in my work.


Here is all the nitty-gritty info on the hack. There's a complete list of pokemon, as well as major changes to pokemon, moves, and evolutions. I've also included a list of the new Gym Leaders' typings and levels for those of you who don't like surprises...

Spoiler:
NOTE: Because it involves ghost the triangle doesn't work until the second evos...

**Glalie's stats were re-distributed, but its BST remains the same

Misc:
Bronzor and Bronzong's color changed.
Ralts line is in the human-shape egg-group.

Water Sport, Mud Sport, Follow Me and Helping Hand are removed from most movepools to facilitate other updated movepools.

Generally, movepools have been updated as I see fit. Some resemble their gen4/5 pools, while others remain intact from gen3.

TMs:
False Swipe is TM01 over Focus Punch.
Giga Impact is TM05 over Roar.
Dark Pulse is TM20 over Safeguard.
Energy Ball is TM21 over Frustration.
X-Scissor is TM32 over Double Team.
Icy Wind is TM41 over Torment.
Swords Dance is TM42 over Facade.
Thunder Wave is TM48 over Skill Swap.
Rock Slide is TM49 over Snatch.
Flare Blitz is TM50 over Overheat.

Spoiler:
There are EV training grounds on the latter Sevii Islands as follows:

Here are some screenies of the hack in action: 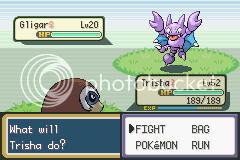 
Spoiler:
To use: right-click and copy image location, then paste into your sig. Then create a url to http://www.pokecommunity.com/showthread.php?t=295732. Thanks!

And, if anyone should need them, the fakemon sprites!

Again, thanks to TaichiWind and Darknymfa for their amazing work!

If you cannot save normally (aka, without save states), then your game will end after you beat the E4 the first time. To fix this, try looking at these links:
http://www.ngemu.com/forums/showpost.php?p=1300732&postcount=15 -> for the internal saving issue
http://pastebin.com/raw.php?i=PNZjw3ZB -> for the "1M sub circuit board is not installed" issue

Known Glitches:
Item ball appears and disappears in Viridian before taking it.
Hippowdon sprite in dex is glitchy. Also, hippowdon appears to have the stats of Deoxys attack form, despite my best efforts to fix it.
Some Rival battles don't happen for some people (8th badge).

However, I could definitely change bidoof to water if you think that's more appropriate. I just didn't mess with it originally.

@Saltsas- I PM'd a mod about it and they said it was borderline, but decided it belonged here because the map was only rearranged, not actually changed. And the plot is very similar to the original as well.
IGN: Anna/Noossab Blue
3DS FC: 3196 3609 8450

My only "complaints" after seeing the screenshots are:

Could you be more specific about what looks weird?
I went ahead to see the evolutions and please, forget what I said!
They look amazing!!

Specially that fighting type, omg, I love it! Congrats, really :))

Also, I think I read somewhere in the main post you had 11 Fakemon, but I was only able to find 10 :x

The 9 starters/their evolutions and that one with an amazing typing (don't wanna be a spoiler), the green/red one ahah

I just updated to 0.9.9. This has bidoof as water/normal (per request :)) and the modified stats of pokemon as part of their pokedex entries.
Cool, I'll be waiting for more updates! :D

Female
USA
Seen March 25th, 2016
Posted November 17th, 2015
240 posts
7.6 Years
12
January 30th, 2013 at 9:29 PM
I've considered it, but I still use all of the major plot points of the Kanto games. I think I'd rather just start a new hack in a new region and leave this one be, especially given what I know now vs. what I knew when I started this hack. Also in a new region you're expecting to not know what's happening, but at the beginning of this hack since you can tell it's Kanto you aren't necessarily expecting the rearrangement...
IGN: Anna/Noossab Blue
3DS FC: 3196 3609 8450 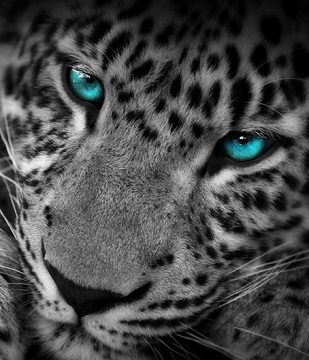 EDIT: I can also do something else if you want me to, just pm me :)

Male
Seen 3 Weeks Ago
Posted December 29th, 2019
189 posts
8.3 Years
14
February 1st, 2013 at 12:48 PM
Speaking as someone who is attempting to make their own Fakemon hack as we speak, you've really done an awesome job with your fakemons! The edited Kanto is awesome too! Great job :)
CAN YOU HANDLE THE SIZZLE?!

@pawell6- I don't know how to insert a new world map, so that's not a glitch. That's why Daisy says "All I have is this old one..."

-I'm interested in making some visual changes to the hack (like the title screen, world map, possibly a new pair of heros, maybe even a new tile set) but am not an artist nor am I capable of inserting images...
To make the smaller version of an ingame new hero, use NSE (nameless sprite editor), you can also change the mom and all the different people using this.

You have unlzgba right, use that to make the new hero in battle.

I want to be the very best!

Spoiler:
How do I get to Vermillion City? I've looked everywhere.. I went from Fuscia City to Sea Cave which took me to Cinnebar and then when I surfed it took me to Pallet town like usual. So I guess I just want to know how to get my 7th badge? I've got all the HMs (except whirlpool) but I don't know what to do :(

I want to be the very best!

Age 29
Female
Illinois
Seen July 12th, 2013
Posted May 4th, 2013
36 posts
7.7 Years
21
February 6th, 2013 at 5:57 AM
Originally Posted by Noossab Blue [ Original Post ]
You need to go south from lavender! I put a girl outside the cinnabar gym that says that because I knew it wouldn't be intuitive, but I don't know how to bring more attention to it. Glad you are enjoying it though!
Ohh..Ok. Well I feel like I tried that, I went around in circles for ever using fly and surf, but now that I took a break for a few days I'll turn it on with fresh eyes and I'm sure I'll be able to figure it out.

I'm more than enjoying this hack! it's what's going to hold me over until X comes out! lol

Spoiler:
-Route 3 has snow but does not cause hail in-battle. I'd like to fix this.
--On a related note, the battles show up in sand because of the footprints behavior byte...
-The marowak encounter in pokemon tower is too low a level. I thought this would be an easy fix but apparently not...
-The menu for pokemon prizes at the game corner...I downloaded multichoice editor but can't get it to work...
-I'm interested in making some visual changes to the hack (like the title screen, world map, possibly a new pair of heros, maybe even a new tile set) but am not an artist nor am I capable of inserting images...
hey look I can actually help with one of these...

to rewrite the game corner prize list... you need advancetext

it does not have what your are looking for exactly, but if you go to search, type in the work you are lookig for "ABRA" and select "start from beginning of text" (or something like that) it will find every time ABRA is used... and when you see one that has "ABRA [some slashes and numbers][a couple more] 800C" that is the one you want, tell it to add to ini, then you can edit it, and repoint it (if needed) one selection at a time... search CLEFAIRY next then DRATINI or whoever you need to edit...

also the offsets are in decimal... and they will be close to eachother (16 something if I recall)

atleast thats how I did it in my hack...

I am assuming you already actually changed the pokemon the woman gives you aswell as the cost. so you should know what you are changeing them to...

keep an eye on those [slashes and numbers] in my mind they work like a [Tab] button... they account for a large space, if you are changing 800C to 1200C you are usingmore characters so you will need to alter the [slachse and numbers] just look at the one on another pokemon that uses the same amount of digits and copy that one... (1200C is 5 characters where 800C is only 4)

just to keep everything lined up...

I hope I made since... im not really good at this I just worked out that particular problem for my own hack

(abras only 180C isnt he... you get the picture dont ya)
~Current Project:

after my computer crash earlier this week I have not got advancetext to run for me yet so I couldnt get any better descriptions...

if it is something you neglected, I was also able to edit the player and rival default names in the same manner
~Current Project:

Non-binary
in my house
Seen November 30th, 2015
Posted April 7th, 2015
175 posts
7.6 Years
25
February 10th, 2013 at 9:21 AM
Hello guys, just a bump, this is the spriter. Glad to see y'all are giving positive feedback about my sprites, but there's one issue that's been troubling me. You see, the hack is nigh-finished, but there's only two things missing, and one of them is optional. Both of them though, have to be done by me. One of them is the sprite of Viroach, the other is a redesign of Ludicolo. Now, the EVIL REAL LIFE has been getting in the way of me making either of those, but it is certain that I will make Viroach. However, the issue is that I probably will not redesign Ludicolo, because there's not enough free time/motivation for me to do so. BUT. If there is enough people who want me to give Ludicolo a facelift, I will do it. As they say, by popular demand.
In your own Steven-y way.