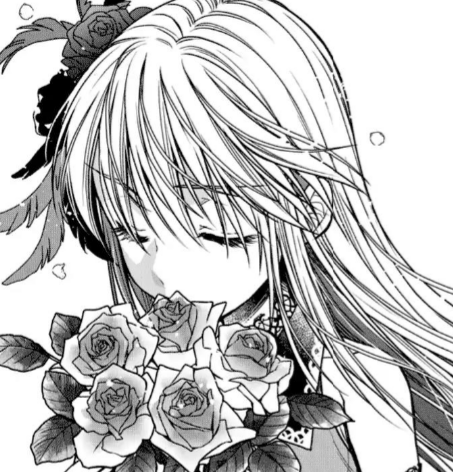 About The Game: Sakoku Story will take place in modern Japan, but is influenced by Edo-period events, people, and places. I'll add every quality of life change from my previous games to this game as well, plus the other features. For those who have played my other games, Sakoku Story will be starting a brand new timeline. To clarify, even though the main characters are not technically "new", let's just say this is a separate universe altogether. This is why I need spriters for this fan game! My several-year quest to find a spriter will hopefully finish here!

About the Story: After a long and grueling war, the Ryoku region was left destroyed. The victor of the war became the Shogun of Ryoku, and suppressed the powers of the Emperor. Using his new powers, the Shogun enacted the Sakoku Policy, which closed the region to all visitors and restricted anyone from leaving. This policy also forbade anyone from owning a Pokémon, or even talking about them. As a result, the entire region suffered. How can you fix such a difficult situation? Might it even take the work of two unlikely allies, or will you take them on your own path?

About the Region:
As said before, Ryoku is based off of Edo-period Japan, but more modern. They are very, very traditional and spiritual, especially in the more rural areas. Not only are there large cities in the region, but there are also smaller villages and many landmarks to explore! Want to learn a bit more about the areas? Read about them here!

About Some of the Characters:

Spoiler:
Professor Sakura Miyu: (The last name comes before first names in Ryoku.) Professor Sakura is a well-known professor in the region. She had to suspend her research because of the Sakoku Policy, but is always willing to return once it's safe again. She is apparently from Kanzan Town, the town where the cherry blossoms bloom in the spring.
Tokugawa: He is the first main playable character. Although the player can name him whatever they want, canonically, his name is Tokugawa. He was forced into fighting in the war at a very young age thanks to his father, the future Shogun of Ryoku. Tokugawa is a serious, no-nonsense person, but was able to make friends with a fellow member of the Tokugawa Clan, Hideyoshi.
Kitana: She is the second main playable character. Kitana lives a quiet and peaceful life in Izumi Town, Kaiyou Prefecture. She works at her aunt and uncle's onsen (hot springs) with her close friend, Hinata. Kitana's past will eventually come back and cause her to leave town.
Hinata: Kitana's childhood friend. Hinata is a very religious girl, always staying close to the teachings of Shintoism. Any minor act she considers not to be pure will cause her to scold the person in question, or even punish herself by giving an apology to the kami (gods) of Ryoku. She is quite protective of Kitana.

Requirements: Just link me to an example of your work through my DMs.

How to Contact Me:
- Message me on Discord: drawntoast#9565
- You can also message me on this website as well.

Game Features To Be Included:
The game will be using Essentials v19.1.
- Five separate Prefectures for the player to explore in Ryoku, all based off prefectures in Japan.
- Dynamax (with Dynamax Adventure, but note that Dynamax will be restricted to one or two areas in the game)
- Z-Moves
- Multiple save slots (which you can use to your advantage using the Cable Club)
- All Gen. 1-8 Pokémon
- Following Pokémon
- Two main characters that are playable separately
- No Gyms (A separate, but similar system will be in place)
- No HMs (HM items will return instead)
- Achievements System (with rewards that increase as you play.)
- Upgraded Quest System
- TM Case, where TMs and TRs are stored
- An online mode where you can trade and battle with real-life Trainers! (This uses the Cable Club script, which I was finally able to get running and fixed a few glaring bugs in it myself. The server it is on will also be run by just me.)
- As an added note, you can indeed trade with yourself online if you wish to do so. There's nothing wrong with that!
- A battle facility similar to Mt. Battle from Pokémon Colosseum and Pokémon XD. This will be a optional area where TRs can also be obtained.
- And more features are coming as I develop! 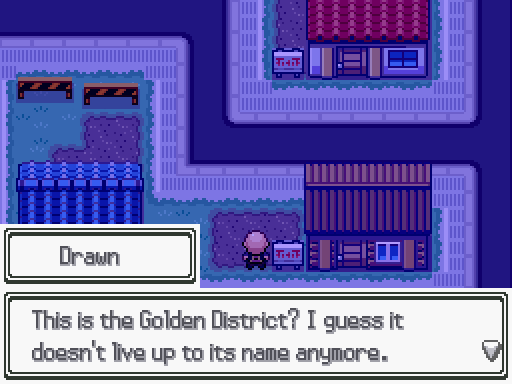 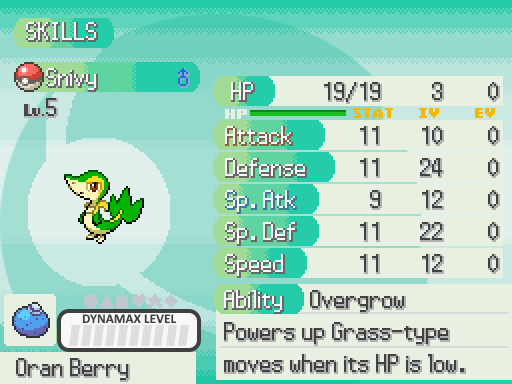 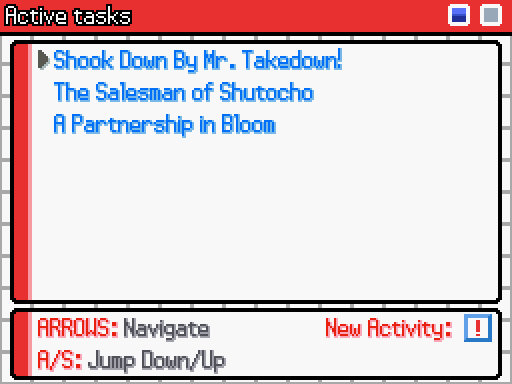 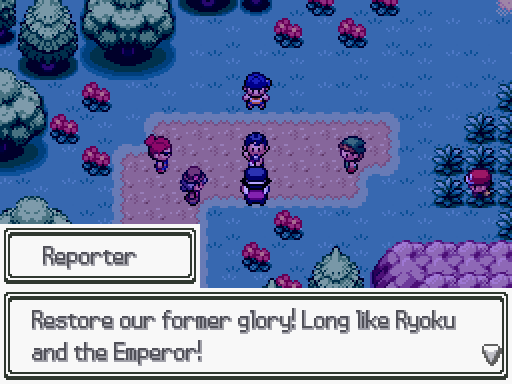 Pokémon is owned by:
The Pokémon Company
Nintendo
Affiliated with Game Freak

EVs and IVs in Summary by:
Deoxysprime

“Haro no Umi” by:
Nanae Yoshimura "The Art of Koto"

“The Plight of the Samurai”:
Traditional Japanese Music

he/him
United States of America
Seen 19 Hours Ago
Posted 4 Weeks Ago
377 posts
7.5 Years
3
March 19th, 2022 at 2:46 PM
Update! I have edited the main post with extra information regarding the game, such as what the prefectures are based on, and also character info! Still looking for any available sprite artists!

he/him
United States of America
Seen 19 Hours Ago
Posted 4 Weeks Ago
377 posts
7.5 Years
4
March 31st, 2022 at 1:03 AM
Once more, still looking for spriters! I updated the main post with more contact options, and new features for my game. (including an online mode!)