Bum from the Slum

Male
Wherever I am
Seen August 6th, 2018
Posted August 4th, 2018
2 posts
1.7 Years
477
June 5th, 2018 at 5:21 PM
Hey, I just started playing yesterday, and I made this account specifically to post here and ask you to be my friend lol. I love this hack so much. This is my soul Pokemon game like you don't even know. As a traveling hobo punk that grew up in the golden age of Pokemon, I often think about the similarities, and I'm so happy to get to play this! The dialogue is genius, in my opinion. The whole thing feels incredibly well fleshed out. I'm only in Vermilion City right now cause I was slacking today, but I'm straight addicted. I don't really even do video games, outside of replaying Pokemon gens 1-3 every now and again. I couldn't stop playing Pokemon Outlaw last night, even though I'm in a squat and some people just moved in next door yesterday and I had to be careful about light. Can't wait to see how it keeps progressing! Please be my friend! Lol

Bum from the Slum

I started with Vulpix. Quickly fell in love with the dialogue. That first cop beat me and I had to grind up, loving that I could heal by sleeping with Red's mom. The npc on Route 1 who gives you the potion is probably my favorite character, honestly. Was disappointed about not being able to catch Pokemon I would normally use, but appreciated the challenge and new experience it helped create. After being initially disappointed about no fishing, after frustration at the power plant, I was pleased I could catch Magikarp surfing there. Luck was with me and Dratini was one of the first Pokemon I encountered surfing south of Pallet. Ended up trading out Pidgeot for Aerodactyl since I couldn't have any legendary birds.
Final team:
Gyarados Lv. 63 Bite, Thunderbolt, Hyper Beam, Surf
Ninetales Lv. 43 Flamethrower, Fire Blast, Quick Attack, Iron Tail
Aerodactyl Lv. 53 Wing Attack, Fly, Ancient Power, Bite
Feraligator Lv. 54 Dragon Claw, Surf, Strength, Cut
Hypno Lv. 60 Psychic, Confusion, Hypnosis, Shadow Ball
Dragonite Lv. 74 Wing Attack, Outrage, Shock Wave, Surf

I was pretty much able to guess at the champion's team.

Male
Canada
Seen December 3rd, 2018
Posted November 24th, 2018
15 posts
6.5 Years
483
August 16th, 2018 at 5:31 PM
This is my type of hack! I love how even though mostly it's just Firered with the dialogue and the levels of Pokemon that have changed (keyword is mostly, some completely new things here and there) it still feels like a 100% fresh experience. The characters are great, even if some of the text maybe does get a bit too silly sometimes, but that's just nitpicking. Just finished SS Anne and beat Surge, and I gotta say it's been a blast.

Seen November 6th, 2018
Posted November 6th, 2018
1 posts
1.3 Years
485
November 6th, 2018 at 6:18 PM , since edited
I was wondering if anyone had a pokemon location list for this rom. I found a khangaskan right in the beginning going towards victory road where id usually find a nidoran, just curious to see what other rare and strong pokemon i may be over looking by not staying in one spot long enough. Any info helps thank you

Its there for sure i was shocked. Do you know of any other rare or strong pokemon in weird areas in this hack?

Seen March 19th, 2019
Posted March 19th, 2019
1 posts
339 Days
486
March 19th, 2019 at 2:14 AM
Hi I just downloaded outlaw version on my PC but it won’t let me save the game, it comes up as save error. I lost all my progress and I was almost in cerulean city. How can I make sure I won’t lose my progress next time? Same issue with korosu version. Also where does Cawps fall into the timeline or is it totally separate

Male
Seen 5 Hours Ago
Posted January 2nd, 2020
302 posts
6.3 Years
487
March 19th, 2019 at 3:54 AM
Originally Posted by MaddieG91 [ Original Post ]
Hi I just downloaded outlaw version on my PC but it won’t let me save the game, it comes up as save error. I lost all my progress and I was almost in cerulean city. How can I make sure I won’t lose my progress next time? Same issue with korosu version.
If you use VBA, apply this setting: Options -> Emulator -> Save Type -> Flash 128k. Then start a new game and see if you can save.

Male
Seen 4 Days Ago
Posted 1 Week Ago
94 posts
2.9 Years
490
April 9th, 2019 at 9:31 PM
Originally Posted by Sosatomic [ Original Post ]
Is there another similar hack? ROMs seem stale after this awesomeness
Have you played Pokemon CAWPS and Pokemon Korosu? Both were made by Crizzle. CAWPS is a different kind of adventure in Hoenn and Korosu is a direct sequel to Outlaw.

Seen December 12th, 2019
Posted May 27th, 2019
1 posts
269 Days
493
May 27th, 2019 at 6:25 PM , since edited
Hey guys! sorry if this has already been answered, but I cant seem to get my eevee to evolve to espeon/umbreon
Is there any way to check happiness? I've had my eevee with me for about 15 levels and lotssssss of walking (I have 8 badges now). Still no evolve! Is it even possible to get umbreon/espeon in this version? Is there a soothe bell somewhere? Ive tried doing all the vitamins/lots of walking/lots of battling/important battles.

Seen June 13th, 2019
Posted June 13th, 2019
1 posts
253 Days
494
June 13th, 2019 at 4:57 AM , since edited
I only made an account to write this and it may sound stupid but I am playing this game and I find it to be amazing. As a 15 year old irl it does feel like a coming of age story as you said and it feels like a whole other game than FireRed/LeafGreen because of the new areas/buildings, slums and a (kind of) different story line (I'm just up to the second gym right now). I like how it makes it more realistic because of the slums and it captures the darker side of Pokemon rather than what other games show. It has hilarious dialogue (I love it when the characters freak out when you go into their houses because I feel like that's what would realistically happen) and the characters are much more interesting than the originals (in my opinion) and it's really nice to see a Pokemon game for older audiences. Well done on making it. Would 100% recommend this.

Seen 2 Weeks Ago
Posted 2 Weeks Ago
9 posts
2.2 Years
496
July 22nd, 2019 at 11:19 AM
Originally Posted by mariocool11 [ Original Post ]
loving your hack it really makes the world feel more real with the change of language and dark themes. Quick question been looking for a rhyhorn cant seem to find it, since the safari zone isnt there anymore would you know where i could find one?
Rhyhorn is on the bottom floor of Rock Tunnel. Rhyhorn has a 1% encounter rate, so it will take a long time to find. 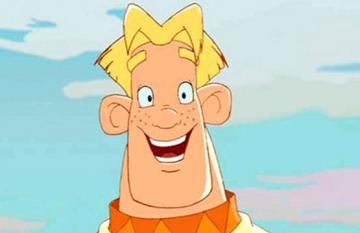