° PC rules apply
° Respect every ninja in the club, no matter which village they come from
° No spamming on the club

In order to rank up you'll have to be active and post a lot, you get points according on how active you are on the thread.
1 post = 1 point
Banner/userbar for the club = 5 points

Username:
Reason for joining:
Hidden Village you wish to stay in:
Answer the current topic: Do you think the series is close to the end or it still has a long way to go?

Each person will be divided by the hidden village they have chosen.
More villages will be added when more people join.
If the village you want isn't included on the list, just ask me and I'll include it in :)

Please sign me up as a member of Sunagakure (Sand Village), for I serve the greatest Kage of all. The Kazekage Gaara, that is.

lol Really now, can I join?
Paired With LilJz123

Who is your favorite character is Naruto, and why?
♥Plusle bro of Synerjee♥ | ♥Pink Mommy♥
|3DS FC|

Why? Because he is brave when he has to and would face any danger, no matter if the odds are all against him.
He forgives and forgets, how many others can actually do that?
He cares for those he loves and would risk anything just for them to be safe.
He has the will of fire and protects his village even though they all cast him away when he was a defenceless child.
AND his smile is bright enough to light even the darkest of days NEED I SAY ANYTHING ELSE? I ABSOLUTELY LOVE NARUTO ♥
Paired With LilJz123 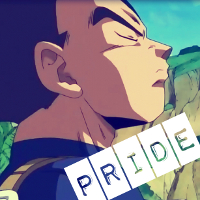 Age 23
Male
Earth
Seen 3 Weeks Ago
Posted November 4th, 2019
4,065 posts
8.3 Years
5
February 25th, 2013 at 5:18 PM
Thank you Jz for making a Naruto club!
Username: JNathan
Reason for joining: 'cause Naruto my favourite anime!
Hidden Village you wish to stay in: I'll think i'll settle with the Hidden Sound. Please add it to the list.
Answer the current topic:
My favourite character is Sasuke Uchiha. Why? He is an Uchiha, he has the look of an avenger and possess the "annoy me and i kill you" glare. He has the ability of fire and thunder who are my favorites. He is intelligent and powerful. His jutsu are awesome like Kirin. And more important: he is an Uchiha!

Reason for joining: Makes sense of a long time fan of the series to join a FC right?

Hidden Village you wish to stay in: Kirigakure

Answer the current topic: Hinata is my favourite character in the series, no doubt about that. Main reason is of course her give it her best attitude and how she's slowly but surely overcoming her insecurities. Also being cute as a button doesn't hurt her cause, I must add.

I've actually been planning on making this group over the past few months, glad somebody finally did.

My favorite would be Naruto. He used to be a kid that everybody hated because of the nine tailed demon that is inside of him. But that didn't let get to him and over time, the village started to appreciate him and even now they think of him more of a hero instead of a person who is hiding a demon inside of him :)
♥Plusle bro of Synerjee♥ | ♥Pink Mommy♥
|3DS FC|

Username: Delta
Reason for joining: I've been a Naruto fan for a couple of years.
Hidden Village you wish to stay in: Kirigakure ftw!

Who is your favorite character is Naruto, and why?
Shikamaru is probably my favorite. He is the most like me, attitude-wise. Especially his depiction in the original series, where he is unenthusiastic, easily irritated, and extremely intelligent. I do admire his transition into a more responsible and mature person in part 2, though.
devastate & recalibrate

Spoiler:
Not a whole lot to say. I think we all know the relationship between the two would start as a friendly rivalry, much like that of Naruto and Sasuke.

If only the group was made a few weeks ago, all that stuff would have been some great chat/speculation.

Spoiler:
I had to laugh at the "but I'm probably the strongest wind user in the allied forces". Don't be silly, you're a female in the Narutoverse. Naruto took less than a second to shut her down.

Maybe she was talking with the allied force she was with at the time, and not the whole ninja universe? xD
♥Plusle bro of Synerjee♥ | ♥Pink Mommy♥
|3DS FC|

Age 29
Female
The Wired
Seen April 27th, 2016
Posted February 1st, 2016
7,540 posts
10.4 Years
12
February 27th, 2013 at 1:10 PM
There aren't really that many notable wind users in the series, even the stronger people that have used it (Orochimaru/Nagato/Madara/Gaara) don't seem to specialise in it. I think it's just her, Asuma and Naruto, thinking about it Naruto only uses the wind attack.

Being Temari is suffering.

Definitely lightning. Lightning based attacks are mostly about speed, and I love to be speedy. So lightning would be a suiting fit for me ;)
♥Plusle bro of Synerjee♥ | ♥Pink Mommy♥
|3DS FC|

The One and Only

Reason for joining: I have been a fan of the series for a few years now.
I really got interested when the Shippuden part started.

Hidden Village you wish to stay in: The Hidden Cloud Village (Kumogakure)

Answer the current topic...
If you had to choose between the different chakra natures, what would you take?
Well I made a Kekkei Genkai for my recently developed character, called "Plasma Style".
But his natural affinity will be Lightning Style.

Male
Sunnyshore City
Seen July 5th, 2020
Posted August 2nd, 2019
14,092 posts
11.3 Years
18
March 4th, 2013 at 8:56 PM
Username: Livewire
Reason for joining: I owned the old one before it died :p
Hidden Village you wish to stay in: Hidden Leaf (Konohagakure)
Answer the current topic: Who is your favorite character is Naruto, and why? Minato Namikaze. It's self explanatory.
If you had to choose between the different chakra natures, what would you take?