---
You play as a Team Rocket Scientist on a mission from Giovanni. After Giovanni gets defeated at Silph Co. he calls all his spies that were employed by the Silph Co. to a secret meeting in his gym. He gives them all a new mission, to create super powered pokemon, and he gives you the mission of being the "field agent" for the team. You travel around Kanto completing various missions, usually related to the doings of RED (the hero from FireRed version). 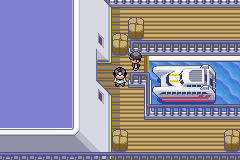 ---
Go to Mt. Moon to recover the fossil RED did not take. Clean up the mess left over when a fellow Team Rocket Grunt fails to steal TM DIG. Infiltrate the S.S. Anne at sea and steal HM CUT. Gather Cubone Skulls from Pokemon Tower. Catch all the mystical birds for Team Rocket. Discover just how mewtwo was made and how Team Rocket got the Mew DNA. All while stealing Pokemon for Team Rocket to use or sell at the Rocket Game Corner.

---
Work your way through the game following RED and all the issues he causes Team Rocket. Finally catch up to him in the Elite Four. 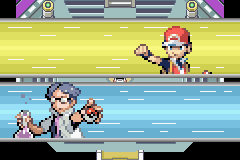 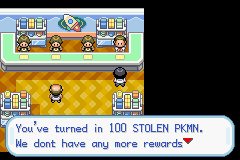 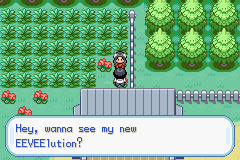 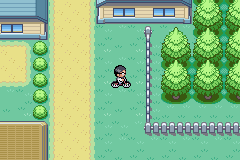 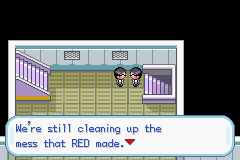 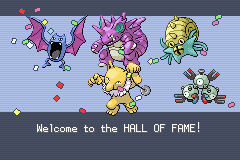 ---
This is a finished hack. To play this game all you have to do is follow this link, and play the game right there online, no download or patching required.

UPDATE: Vizzed.com has allowed me to publish this hack here as long as it is unaltered...
Pokemon - RocketScience (2.1) LSA.zip

I've played this hack and it is very nice. While a lot of FR isn't changed, it is fun to look for what was changed. There are a lot of little things that you may not pick up on when you first see them.:)

But the hack was made for a contest and one of the rules was that it wouldnt be posted for download anywhere else..

there is a way to download the game from vizzed directly... but please dont upload the rom anywhere else. It might disqualify my hack.
~Current Project:

I am designing a new rocket game where u can steal em and keep em... itll be awhile before i make it tho
~Current Project:

Male
Do you really want to know? Really?
Seen January 12th, 2015
Posted December 14th, 2014
1,771 posts
10.1 Years
10
February 14th, 2014 at 9:01 PM
Originally Posted by Ghost Down [ Original Post ]
Silly question, but how and when can I use the PKMN Stealer?
If you use it, it will allow you to steal one pokemon from trainers you have beaten. You can't steal from all trainers, so just try it with each one you defeat. So use it, then talk to the trainer.

Q: How do I use the PKMN STEALER?

A: To use the PKMN STEALER you simply go to your KEY ITEMS POCKET and push (A) when you have the PKMN STEALER selected. Then select USE. You should then see the message "Happy thieving!" and you are now ready to steal a Pokemon. All you have to do is talk to a trainer that has been defeated already and you will attempt to steal their Pokemon.
There are 100 STOLEN PKMN items in the game... 100 Trainers can have their Pokemon stolen... get them all and turn them in at the Game Corner rewards desk.
The PKMN STEALER works best in darker areas, caves, forests, inside buildings. There are a few exceptions but most STOLEN PKMN items will be gained from those locations.
Don't forget to double check all trainers on the S.S. ANNE, because you cannot return to the ship once you leave. It is also advisable to register the PKMN STEALER to (SELECT).

A: At this point in the story, RED (the main character from FireRed) has defeated Giovanni and Team Rocket has been disbanded. You will learn more about this event later once you go talk to Davideo in person (he is on Cinnabar island, working in the Lab)


Q: Where is the Poke Flute?

A: After completing the Cubone Skull sidequest, you turn them in at the Rocket Game Corner rewards desk. When you try to turn one in, you will get the "SCREECHER" item. the Screecher is used to wake Snorlax, there is no PokeFlute.


Q: Where is the HM STRENGTH?

A: It is the reward given to you for being the second person to reach the end of the Safari Zone... RED was the first and got the first place prize of the HM SURF.

A: After getting HM STRENGTH, go to the Safari Zone wardens house and use STRENGTH to move the boulder blocking the pokeball item. The Safari Warden will attack you and after defeating him you can take the HM SURF from the pokeball item.

A: After getting the 7th badge (or before) you need to go into the Cinnabar lab and talk to Davideo. He will give you a ticket to the Sevii Islands and instructions to go talk to a guy on 5 island. Head to 5 island and talk to JordanV. complete that quest and after catching all 3 mystical birds, you MUST talk to JordanV again. Then the viridian gym will be open.


Q How do you evolve the Trade Evolution pokemon (Haunter, Graveler, Kadabra, and Machoke)?

A: After completing the Quest on 5 Island, you get a TRANSFERSTONE as a reward. You can use it to evolve any of the trade evolution pokemon. After using the one, you can get another by talking to the machine beside Lizzzz.


Q: How do I get Mewtwo?
Where do I find Mew?
What do I do with this Ditto?

A: Train Ditto to lv 35 and show him to one of the scientists in Cinnabar Lab. He will get you a ride to Guyana where you can find Mew. Catch Mew and give some Mew DNA to the same scientist. If you have done all this, after you beat the E4 you will get a call from Davideo who will tell you Mewtwo has escaped from the lab. You can then find him in the cerulean cave. NOTE, You MUST beat the E4 after turning in the Mew DNA. so if you have already beaten the E4, Mewtwo will not appear until after you beat them again. Once you fight Mewtwo, the E4 will be stronger.


Q: Do I have to get all the gym badges.

A: No, the main story goes until you fight Giovanni. Some Badges are required for HM use. and you cannot fight the E4 until you have all 8 (Giovanni does tell you to go tackle the E4, but that is more like a side quest) Some side quests also require you to beat the E4.

Hopefully that covers everything ;)
~Current Project:

Age 33
Male
Seen March 16th, 2022
Posted February 8th, 2019
416 posts
9.8 Years
13
February 14th, 2014 at 10:43 PM
Originally Posted by karatekid552 [ Original Post ]
I would like to say, there is a small bug. DO NOT TALK TO THE WOMEN IN THE ROCKET HIDEOUT EVER AGAIN. After you go to Lavender Town and complete the job, if you talk to her, the script will be partially reset resulting in issues later.
That was glitch was fixed, awhile back. the current copy on vizzed SHOULDNT have that issue...

If anyone playing currently has this glitch PLEASE let me know.
~Current Project:

Seen November 22nd, 2016
Posted September 29th, 2016
141 posts
15.4 Years
14
February 14th, 2014 at 10:51 PM
i saw this hack on vizzed way back but i dont have internet connection in my home so i tried by my android phone with 2g connection unfortunately it didnt work then i gave up on playing it u can trust us we dont upload anywhere else we just want to play it exprience it can u tell us how download this good hack if thats ok with u

i, (we) hope that it would be possible
hatred motivates us to do better .... 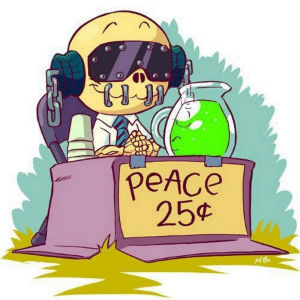 Peace sells, but who's buying?

"The circumstances of ones' birth are irrelevant. It is what you do with the gift of life that determines who you are."
-Mewtwo

Age 33
Male
Seen March 16th, 2022
Posted February 8th, 2019
416 posts
9.8 Years
17
February 16th, 2014 at 8:30 AM
Originally Posted by khaozz [ Original Post ]
This hack is really cool and I'm really enjoying it. I have a question though. Am I able to receive the National Pokédex in this hack, and if so, when do I get it? I really want to evolve my Golbat.
Due to the time constraints of the contest I had to make the hack quickly. so instead of trying to find places for all 2nd gen pokes... I limited the dex to 151. this hack is closer to the original red version. there are no sevii islands, no gen 2 at all. and no nationaldex :(
~Current Project:

Anyway, for apparently being under a time limit, this hack is very impressive. Especially the stealing part. I never knew that could be coded into a Pokemon game.

One thing that slightly annoys me is the fact that you have to hand in the Stolen Pokemon one at a time. Its just seems tedious to me.

But other than that, its a pretty solid hack and you definitely have my vote.

Age 27
Male
South Africa
Seen September 3rd, 2015
Posted February 20th, 2014
8 posts
9.3 Years
20
February 20th, 2014 at 7:39 AM
Aaaaaaaaaaahhhhhhhhh why no downloading *sob sob*. While I was reading the description I was so looking forward to just laying back, relaxing and playing it on my phone:-(

Credit goes to Team Brushfire for the awesome banner!