Pokémon will have a stall at World Hobby Fair later this month, and Junichi Masuda will be there with an exclusive playthrough of Pokémon Sun & Moon! 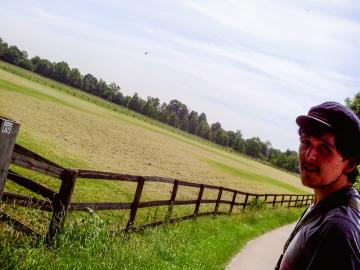 am i gettin this wrong or will they show both games entirely?

"Our society is run by insane people for insane objectives. I think we're being run by maniacs for maniacal ends
and I think I'm liable to be put away as insane for expressing that. That's what's insane about it.​" - John Lennon 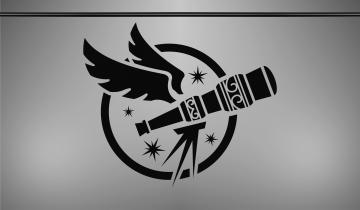 I sell clothes under the name Telescope Clothing

am i gettin this wrong or will they show both games entirely?
The first sentence of the article says that it's a playthrough of part of the game. That and it would make no sense (nor be feasible in the slightest) for him to play the whole game.
sig credit
avatar credit

Male
United Kingdom
Seen August 12th, 2019
Posted August 7th, 2019
21,059 posts
13.4 Years
5
June 15th, 2016 at 7:15 AM
This usually gives us some new soundtracks which I'm looking forward to hearing. Not sure whether these type of events show new Pokemon or not but it will be interesting to see footage from it nonetheless.

Male
Seen November 7th, 2020
Posted June 12th, 2019
992 posts
9.7 Years
6
June 15th, 2016 at 7:28 AM
I don't understand why we should be worried about who is hosting the event... if you're bringing attention to the minor creative liberties taken with the pokemon art on the banner, I still don't understand how that could impact the release of new information about the pokemon games in general.
I will probably be trying to find live streams of the game footage during the event, I really want to see more of what this game is capable of. Here's hoping for more game footage about specifically overworld mechanics and features, I would like to see more battles, but I feel like I got the basic idea of how battles will be structured based on the E3 game play we saw. I want to see a few more locations with maybe a couple of unique qualities or features this time.
Masters of Hoenn

Age 26
Male
France
Seen October 21st, 2016
Posted October 18th, 2016
274 posts
8 Years
7
June 15th, 2016 at 7:47 AM
Originally Posted by Hiroshi Sotomura [ Original Post ]
It does not. I'm simply asserting a point about Yo-Kai Watch taking over Japan and how Pocket Monsters needs a good step up to keep it going.
I actually think that the Rotom Pokedex is a direct answer to Yo Kai Watch
Pokémon? Nah, I'm too old for that... not.

I sell clothes under the name Telescope Clothing

Age 28
Male
California
Seen February 16th, 2021
Posted May 16th, 2019
9,528 posts
8.5 Years
8
June 15th, 2016 at 7:56 AM
Originally Posted by Hiroshi Sotomura [ Original Post ]
It does not. I'm simply asserting a point about Yo-Kai Watch taking over Japan and how Pocket Monsters needs a good step up to keep it going.
As one of my friends from Disquis told me, "We'll have to wait and see." That's because it's way too early to tell if Yokai-Watch will withstand the test of time as Pokémon. The first game didn't catch on in the west as Level-5 hoped for.

Hoping Sun/Moon knock their socks off by this point. Fingers crossed.
We shouldn't be worried at all. Pokemon is still the 5th best selling franchise in Japan/Nintendo. They haven't even sold as many copies of Yokai as pokemon. And Yokai was completely demolished everywhere but in Japan. They have already removed a large amount of yokai merchandise from stores where I live. Even if Yokai beats pokemon in Japan, they arent going to stop because they make too much in the West to stop.

Wow Yo-Kai Watch really is stealing the show if Pokemon is pushed to the side... literally. Anyways, while Team Yo-Kai may seem to win in Japan it hasn't been doing as well internationally. However, hopefully the Pokemon Sun & Moon stuff that will be showcased will win me over.
Gone forever for personal reasons.
Visit my Tumblr page if you wish to contact me.