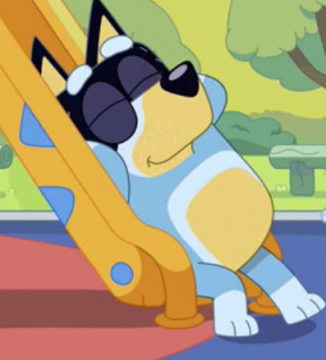 The Why
Why did I do this?
Well, since there are people out there that don't want to set up the mega evolution system themselves, I have gone through the trouble of doing it for you, as well as providing some materials to help you set up an editor to be compatible with mega evolution.

Now, you might say: "doesn't mbcn10ww have a patch for the mega evolution system?"
and you would be correct, however the link provided in that post is dead, and it seems it isn't going to be updated.

What's included
Included with this are 2 patches:
Mega Gold Teeth: Where the gold teeth (item slot 0x161) is the mega item.
Mega 10B: The mega item is an unused ? slot, this is used if you already want to use or are already using slot 0x161, like: if you want to do a Kanto game with mega evolution.
A roms.ini file for PGE, this is to make PGE (Pokemon game editor by Gamer2020) compatible with mega evolution, how I would do this is like so:
1. Download PGE (if you haven't already)
2. Make a copy of PGE and call it something along the lines of: "PGE Mega"
3. Go into the ini folder, and replace the roms.ini with my roms.ini
and that's it
(There's also a "how to use" .txt file, but I'm going to go over what's in that)

How to use, and things to note
Once you've installed the mega evolution system by patching it with lunar ips, open you rom in the modded PGE and choose the Pokemon you want to have mega evolve, then add an evolution for that Pokemon, for the evolution method, scroll down all the way. Then choose "Mega Evolution", and for the item, choose your Mega Stone. Next do the same method for the mega evolved Pokemon, but for the item choose the ? item above the master ball, and make the evolution be to the original non-mega Pokemon. This will make it so it reverts after the battle.

To activate it in game:
1. Give your player the mega key item, and the Pokemon you want to mega, as well as the Mega Stone item
2. Set var 0x40FE to whatever the mega key item your using's id is (either 0x161, or 0x10B)
3. Set var 0x40FF to whatever item name you want you opponent to use, (if not set it will use the default item, the one 0x40FE was set to)
4. Get into a battle with your Pokemon you set up for mega evolution
5. Press start, choose an attack, and watch

To make an opponent have a mega:
Just make the Pokemon on their team you want to mega hold the corresponding mega stone, and the AI will do the rest.

As for things to note:
The data is written to 0x800000, just make sure you don't have any data there. Better yet, apply this patch to a clean ROM
The symbol that rises up from a Pokemon is the curse symbol, you'll have to insert the mega evolution symbol yourself.
This patch is intended for Fire Red ONLY.

Bugs
Sometimes a mega evolved Pokemon will attack itself on the first turn of being mega, (This is preventable, just use a status move the first turn)
IF YOU FIND A BUG, REPORT IT

Preview
From a hack of mine (Still in development):

Age 23
Male
Colorado
Seen December 1st, 2022
Posted December 1st, 2022
340 posts
3.9 Years
3
September 5th, 2019 at 9:45 AM , since edited
Originally Posted by mbcn10ww [ Original Post ]
Nice work.
After a lot of searching I found my Mega Evolution Patch, and re-uploaded it in my thread if you want to take a look.
https://www.pokecommunity.com/showthread.php?t=384515
Oh nice, guess mine is redundant now.
The GBA Music Resource
Mega Evolution Patches

Every puzzle has an answer.

Age 17
Male
Pakistan
Seen 2 Weeks Ago
Posted 3 Weeks Ago
979 posts
3.5 Years
4
March 30th, 2020 at 8:26 AM
Originally Posted by Child Amnesiac [ Original Post ]
Oh nice, guess mine is redundant now.
First of all, I LOVE the music in the battle. Will definitely check out Pokémon Sevii. And second, this is an extremely nice patch for those who don't know how to use Devkitpro or python and are confused by how to insert it. But if you fix the Mega Evolution symbol, this would be amazing!

Seen January 22nd, 2021
Posted January 22nd, 2021
1 posts
3.8 Years
5
January 22nd, 2021 at 9:14 AM
MaN first , I'm sorry for my terrible english it's not the lenguage that i talk, second, i know that this post is literally made 2 years ago but i have a question that probably it's a super dumb one, ¿What object is the Mega Stone? Cuz when i patched i believe that was Gold Theeth but that seems to be the Key Stone , yes i only patch with the gold theet patch i don know if i suposse to use the other one, I'm sorry and I'm 99% sure that this question gonna be never answered .w.

Male
Seen 1 Day Ago
Posted December 26th, 2021
409 posts
2.6 Years
6
January 22nd, 2021 at 9:19 AM
Originally Posted by Prof Pokemon Sebas [ Original Post ]
MaN first , I'm sorry for my terrible english it's not the lenguage that i talk, second, i know that this post is literally made 2 years ago but i have a question that probably it's a super dumb one, ¿What object is the Mega Stone? Cuz when i patched i believe that was Gold Theeth but that seems to be the Key Stone , yes i only patch with the gold theet patch i don know if i suposse to use the other one, I'm sorry and I'm 99% sure that this question gonna be never answered .w.
Gold teeth replaces gold teeth with the mega stone
10b replaces item slot 10b with the mega stone

If you applyed one you don't need to apply the other

Seen June 27th, 2021
Posted April 2nd, 2021
6 posts
1.9 Years
7
March 20th, 2021 at 6:35 AM
I can't get this to work. I patched the rom with Lunsr IPS, replaced the ini in the PGE with the provided one, and I set up the mega evolution as instructed and choose potion for the mega stone item. I defined the variable with XSE and created a script that gave me the gold teeth. But when I obtained the gold teeth and gave the potion to my pokemon to hold, the mega evolution doesn't activate even when I press start and choose a move. Can I get some help with this? Any help would be appreciated. 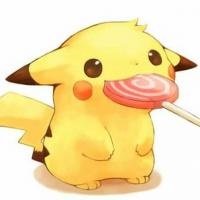 I know this tutorial is old but I need help, I would like to introduce it in F00E00.

But it generates that error ...