Which Starters should i use and how should the player get them? (multiple Choice)

by Neti and the Rom Reaverz Hacking Team

Please Note:
The Alpha was deleted because it had too many bugs!

Geographical Information
You start in the small village Benyuan in the region Binggao which is located on the continent Fenju.
On that continent there are also 2 other regions, Huoshi and Gaoya.
Binggao is in the nort of the continent. It is very cold there and it snows all year.
Huoshi is ruled by a desert enviroment. there are not many places where life is possible, so most cities are at the coast.
Gaoya is very industrialized. Their technologies are future-like to the citizens of the other two regions.
But Fenju is no peaceful place: The 3 regions are in war with each other since decades.
The trigger for that war were legendary pokemon. All People believe that Fenju was created by Legendary Pokemon, but each Region believes in a different group of legendarys and the citizens of each regions belive in different "Leader-Pokemon" who lead that group.
The most people in Binggao think that Suicune was the "Leader Pokemon", but others trust in Articuno, Kyogre, Lugia or Regice.
In Huoshi most people belive in Groudon, others think of Entei, Moltres, Ho-Oh and Regirock.
And the people in Gaoya think that it is Rayquaza, but others believe in Mewtwo, Registeel, Zapdos or Raikou.

Plot Information
One day youre outside to help your father Wallace catch some pokemon.
Suddenly he is trapped and attacked by some spys of Huoshi.
They run away, but you manage to remember their faces.
You go to your father, he is heavily injured. He tells you to go to your mother and tell her what happened, she know what to do. Then two people arrive and bring your father to the Pokecenter.
When you go to your mother she gives you an Eevee to protect you on the way to Shengu, where your father is now. Then she leaves.
When you arrive in Shengus Pokecenter the two guys who helped your father see you and tell you that you father is dead.
Your mom tells yout to go search your older brother Archie, who is now the leader of Binggao and tell him what happened.
He is defending your region, so you have to travel through it in order to find him.

Thats it for now (Plot of the first [not-released] Beta), The only thing I can spoil for now is that there will be a big twist in the game ;-)

3 Completely New Regions with stunning tiles, palettes and maps
Each Region has a different Enviroment, you'll travel through Snow, Deserts and futuristic Towns
A catching Story of which you only know the boring part so far
New OW Sprites (Some from Myster Dungeon)
New Characters and old ones that you all should know in new roles
A new Hero: You!
No Gyms and Elite 4, but Village Elder fights instead
Rom Reaverz Perfection in every aspect

These are of course not all new OWs in the game.

Check the Legend of Fenju Playlist on Youtube for all videos

There will be Beta Releases after each Region and a final one when the hack is fully completed.

At the moment i dont need Any Scripter/Mapper/Spriter/etc. but you can always support me with ideas or by inserting one of my Userbars into your signature.

Spoiler:
Fenju Bar, made by me:

Animated Fenju Bar, made by me:

Binggao Bar, made by me:

Huoshi Bar, made by me:

Gaoya Bar, made by me:

Animated Bar, made by me:

Time Bar, made by me:

Unown Bar, made by me:

Binggao / Suicune Bar, made by me:

Huoshi / Groudon Bar, made by me:

Gaoya / Rayquaza Bar, made by me:

Legendaries Banner, made by me:

Groudon Banner, made by me:

Suicune Banner, made by me:

Rayquaza Banner, made by me:

Kyogre Banner, made by Master_Track

Special Thx to
My Team for always helping me out
Lu-Ho for making Advance Map
Everybody with my Userbar in his sig
All people I forgot
Oh see, i didnt list Gamefreak and Nintendo... Maybe because their Mapping Skills suck xD


If you can't see the Background-image or can't read the white text go update your browser or use another one: Firefox
It may also be that the image-hosting server is down. In that case, have patience.

It's going to be a great hack for sure.
And...2nd one to post xD

i'll put your banner in my signature now! ^^

i'm inactive at the moment, so pls do not ask me to do work for you except i'm in your team

Thx for supporting me! If you have any ideas just let me know
Member of the glorious
- ROM REAVERZ HACKING TEAM -
The Creators of
Pokémon Flame of Rage
and
Pokémon Legend of Fenju

Oh, yeah, by the way, in my opinion the best map there is Route 2.

good luck on this hack

Oh, yeah, by the way, in my opinion the best map there is Route 2.
really? i think route 2 needs a makeover xD i like Guaiwan the most^^

Originally Posted by ShineGreymΘn [ Original Post ]
Wow,the hack is awesome!
Can't wait to see some screen.:D
Just wait a few minutes, im currently making some, includeing Binggao City which you didnt see yet cause i think posting a mapshot of it is not a good idea since it will take some time til the player can enter it.
Member of the glorious
- ROM REAVERZ HACKING TEAM -
The Creators of
Pokémon Flame of Rage
and
Pokémon Legend of Fenju 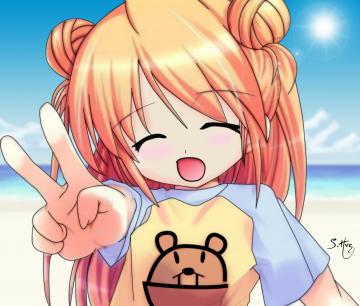 Age 30
Male
Cologne, Germany
Seen February 7th, 2021
Posted January 11th, 2020
1,516 posts
14.2 Years
16
June 1st, 2008 at 3:46 AM
Originally Posted by peteb [ Original Post ]
Will you add a new HM for the flame blocking?
i will probably use watergun for that
maybe i can manage to show you how the animation of the flames looks like...
i have no program which lets me make animated gifs, can you tell me where to get one?
Member of the glorious
- ROM REAVERZ HACKING TEAM -
The Creators of
Pokémon Flame of Rage
and
Pokémon Legend of Fenju

Age 30
Male
Cologne, Germany
Seen February 7th, 2021
Posted January 11th, 2020
1,516 posts
14.2 Years
18
June 1st, 2008 at 3:59 AM
dont mind i just made a short vid:
http://www.youtube.com/watch?v=0Y3wD1PBqq4
the flames wont be there later in the game, they will be found in Huoshi, the Deset Region.
Just made this Video to test the animation and show it to you
There is also an animation that appears when you water them^^ they wont just vanish from one moment to the other, that would look crappy xD
Member of the glorious
- ROM REAVERZ HACKING TEAM -
The Creators of
Pokémon Flame of Rage
and
Pokémon Legend of Fenju

As a side note, just thought I might add, that new userbar is pretty damn awesome.

btw, what is the animatin like if u use watergun on the flames?
Is it made of different frames using movements or is it something else? ^^

edit: i added a poll about the starter pokes. can someone tell me how i can edit and end it?
Member of the glorious
- ROM REAVERZ HACKING TEAM -
The Creators of
Pokémon Flame of Rage
and
Pokémon Legend of Fenju