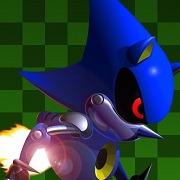 I AM THE REAL SONIC 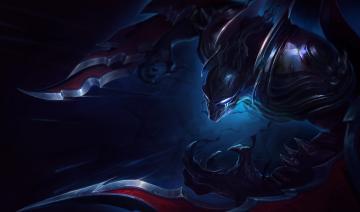 Spoiler:
-Caught another Patrat to be a HM slave and called him ‘Matata’.
-Did Dream World/ Fennel/ Dream Yard stuff
-Beat the cocky little day care students
-Beat Cheren on Route 3
-Caught a Pidove for the team and named her ‘Peace’ after the symbolism that comes with a dove.
-Beat Team Plasma in Wellspring Cave with Cheren’s help.
-‘Nagini’ gre to level 17 at the end of Route 3 and evolved into a a beautiful Servine.
-Got to the end of Route 3.
-Collected all essential items from Nacrene City.
-Collected all items and defeated all trainers in the outside area of Pinwheel Forest.
-Defeated N out the front of Lenora’s Gym.
-Defeated all gym trainers without much problem at all.
-Beat Lenora on my first try and taught Retaliate to ‘Hakuna’.
3DS Friend Code- 1375 - 8306 - 7472

Leveled all of my Pokemon to 65 (except Muk was 68) and went back to try the Elite Four again.

Elite Four & Champion:
Wikstrom
- Klefki, Took it out with Talonflame
- Probopass, Took it out with Muk and two Power-Up Punch attacks (Earth Power didn't even phase him)
- Scizor, Mega-Manectric used Flamethrower to one-shot
- Aegislash, Used Garbodor and predicted the King's Shield every time!

Malva
- Pyroar, Took it out with Relicanth and a single Rock Head attack
- Torkoal, Took it out with Muk after going back and forth with attacks and heals on both sides
- Talonflame, One-shot with Mega-Manectric and Thunderbolt
- Chandelure, Garbodor whacked it a few times with Payback

Drasna
- Dragalge, Took it out with a single Dazzling Gleam from Espeon
- Druddigon, Stayed in with Espeon and switched into Talonflame to finish it
- Altaria, One-shot with Relicanth
- Noivern, Went into Mega-Manectric and took it out with a pumped Thunderbolt

Female
Seen April 18th, 2016
Posted July 26th, 2014
60 posts
6.9 Years
555
June 28th, 2014 at 10:34 AM
Forum Username: ShortyPants
Game Version:White
Number of Pokemon:6
Exclude NFEs:No
National Dex:No
Restrictions:I finished it but got bored so I want to re-challenge them with a completely new team so I would appreciate if they're catchable in game(in less its pikachu)

Hope you like this team ;) And if you can't get Zorua, you can replace it with this sweetie:

So here's an update on my challenge:
I hacked in Relicanth as my starter and named him Grandpa
Took down Brock using Grandpa
Caught Peasant the Nidoran on route 3
Flew through Mt. Moon
Made my way to catch Abra
Caught one that was holding a Twistedspoon (woooo!!!!)
Emulator crashed
Recaught Morgana the Abra (no twistedspoon this time...)
Misty, just like Brock, was a joke
Caught an Electrike that I hacked in to Route 6, named Dave
Got the Old Rod and caught myself a Magikarp named Sensei
Did some grinding to get these two catches up to par
Just finished on the SS Anne with me realizing that Electrike won't evolve thanks to no Nat. Dex... anybody have any fixes for this? I've been searching for over an hour for either a national dex code or a code to just find a Manectric, with nothing working out for me

Good luck. If there's something wrong with the team, feel free to ask for a replacement/s.
Actually this looks like an interesting team. I notice a theme of sturdy pokemon. I look forward to having Quagsire, Beldum, Vespiquen, Crustle and Greninja! :)
Friend Code : 2535 - 3709 - 4762

Also, thanks for my team ;)

EDIT:CyberSquirtle you get
Azumarill
Mienshao
Quagsire
Amoonguss
Beartic
Umbreon
I hope you like it :)

Forum Username: bladeisbeast11
Game Version: firered
Number of Pokemon: 6
Exclude NFEs: doesnt matter, i can evolve them, right?
National Dex: no, i can't hack since it's an emulator
Restrictions: only 1 starter, i can only get 1. 1 eeveelution max. no legedaries.

Hopefully i'll get a team soon. :P I can play the 'mono-type' or 'date of birth' challenge while I wait.

hope you like it
and if you're using an emulator shouldn't be easy enough for you to hack with action replay?

EDIT:CyberSquirtle you get
Azumarill
Mienshao
Quagsire
Amoonguss
Beartic
Umbreon
I hope you like it :)
Can I get a new team please because I can't get Mienshao, Beartic or Amoonguss?

I think it should be okay this time

yay! thank you but I can't get servine :( sorry but can I get a re-roll for just servine?

hope you like it
and if you're using an emulator shouldn't be easy enough for you to hack with action replay?
i dont know how to. i use visual boy advance
and thanks, can't wait to start.
of course im playing the version that has nidorina as the rare one