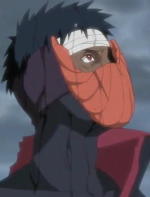 Age 26
Male
London, England
Seen 22 Hours Ago
Posted 22 Hours Ago
707 posts
14.6 Years
126
October 25th, 2021 at 5:44 AM
hey I'd like to join, I love Yugioh, have collected the cards and played the games since it's first release here in the U.K. I got the Yugi starter deck as a gift from my grandfather and over the years I amassed a huge collection with thousands of cards, decks, tins, accessories etc.

I love the video games particularly Forbidden Memories on the ps1 and two DS titles GX spirit caller & Nightmare Troubadour and more recently I play Duel Links semi-actively. I definitely wanna check out Cross Duel & Master Duel when I get a chance! I used to LOVE yugioh BAM, anyone remember that? lol...rip

I'd love to make some more yugioh friends! :)) hmu! 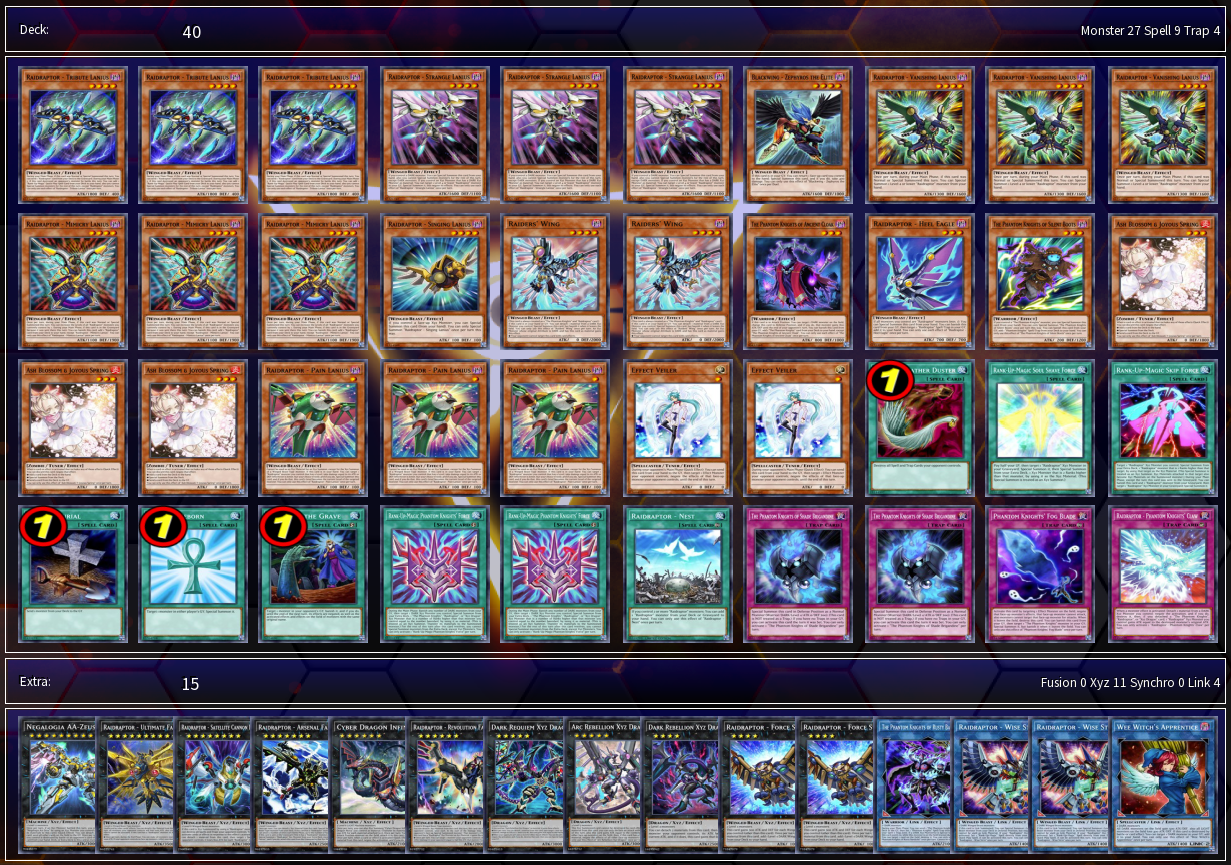 The deck's main goal is to bring out Ultimate Falcon through ranking it up, usually through PK's Force after enough stuff has been dumped in the GY. I like to go 2nd with this, but going 1st isn't too bad either given the setup.

Yu-Gi-Oh BAM was great. I wish it could be played nowadays. I've played the web version. Oh and that reminds me of Duel Arena. Why did Konami cancel those? They were fun.

I'm really excited to play new Rush Duel game on Switch. I have no knowledge about SEVENS anime, world or Rush Duels themselves, but I'm excited for that old approach of having story mode ala 5Ds era DS games.

Yu-Gi-Oh BAM was great. I wish it could be played nowadays. I've played the web version. Oh and that reminds me of Duel Arena. Why did Konami cancel those? They were fun.

I'm really excited to play new Rush Duel game on Switch. I have no knowledge about SEVENS anime, world or Rush Duels themselves, but I'm excited for that old approach of having story mode ala 5Ds era DS games.
Yeah I played BAM on both web and mobile I think but I started with web too!

I'm also super excited for the Rush Duel switch game! I haven't seen Sevens either, but what I've seen of the game looks great so far and rush duels look fun!

Age 25
They/Them
Czech Republic
Seen 7 Hours Ago
Posted 7 Hours Ago
4,880 posts
9.1 Years
133
November 19th, 2021 at 10:31 AM
I started playing Tag Force Special few days ago, since I got into YGO mood again, and now new trailer for SEVENS game dropped. I think I'll buy this game. Probably not day 1, but I'll most likely buy it before the end of the year. Looking at the trailer, it looks promising. Like there is actual content in the game. Did Konami forget to remove everything in western release? And Rush Duels could be a fresh change. And as I already said, I just love the return to the 5Ds DS games format. 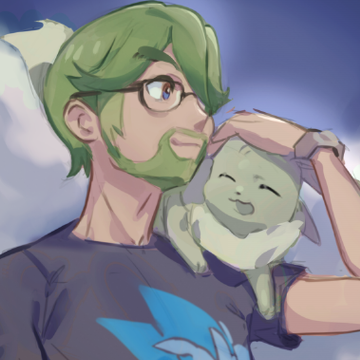 https://www.deviantart.com/icycatelf/art/Updated-YGO-Manga-Style-PSD-899326593
Those look quite neat! :o

In other news I've been debating on whether to adapt my Galaxy-Eyes deck to incorporate more Cipher stuff with the new support... but not 100% convinced yet to drop some money for it lol. I'm too hooked on the Photon/Galaxy package.

Age 25
They/Them
Czech Republic
Seen 7 Hours Ago
Posted 7 Hours Ago
4,880 posts
9.1 Years
136
January 20th, 2022 at 10:32 AM
Master Duel is out. I've been testing a little bit yesterday and it plays really smooth and well. It brings me back to early Hearthstone days. I'll definitely play it some more.

Already reached Platinum with Raidraptors, although that mainly was due to a massive skip in ranks in my last game for some reason... idk why i went from Gold 4 straight to Platinum, but here we are.

Age 25
They/Them
Czech Republic
Seen 7 Hours Ago
Posted 7 Hours Ago
4,880 posts
9.1 Years
138
January 24th, 2022 at 11:16 AM
I've build Pendulum Magicians deck. Last time I've played it was when their first support came out during Arc-V era. But their new support looks so great. I'm slowly discovering the main Astrograph Sorcerer + Electrumite combo. I still have to build a proper Extra Deck for it, but my deck works well so far. I've barely touched ranked duels tho, sitting only in bronze II rank with 5 duels (and 5 wins out of them).

On the other hand, I've been playing solo mode quite a lot. I like Loaner decks and card lores. The AI is also pretty good, especially when compared to the Tag Force Special AI.

Basically the deck I've been running.

It doesn't play too well through negates unless you godhand, but if you go 1st and open with Tribute + Pain Lanius or Vanishing Lanius + Mimicry Lanius and don't get ashed on your Mimicry search you are golden to set up a good board thats hard to crack with an option to bust out the big gun, Ultimate Falcon.
Yes I run both Revolution Falcons since the Air Raid floats into the normal one and the normal one people overlook that it literally cuts your attack to 0 if your monster isnt normal summoned, guaranteeing 2k/3k damage. Yes I have won games with that effect.

Age 25
They/Them
Czech Republic
Seen 7 Hours Ago
Posted 7 Hours Ago
4,880 posts
9.1 Years
141
February 13th, 2022 at 1:13 PM
I've barely played last month, so I only got to Silver. This season, I'm currently in Gold 1 and will probably get to Platinum. I'm still using unfinished Pendulum Magicians. Somehow, it's still enough to climb up. Look at it at your own discretion. I just put anything I had in my Extra Deck. 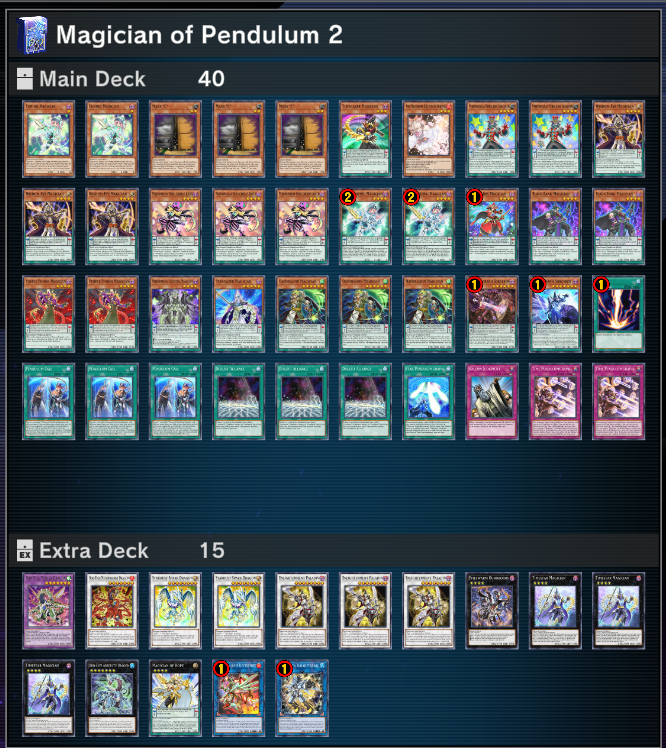 I'm not sure if I'll ever finish the Extra Deck. I just spent few thousands gems on Predaplant and Sylvan cards, since I have never tried those two decks.

I was excited to see Cipher structure deck, but to be honest, I have no idea how to run Cipher deck, so I just picked up level 8 dragons from it and build a deck around them. But I only encountered decks that locked me out of playing anything in their first turn, by cards like Macro Cosmos, Skill Drain or Rhongomyniad. I've barely played the game at all. Which was a little bit frustrating, but I was able to pull 2x Adreus and 1x Phonot Strike Bounzer in my first 4 pulls, so at least I was lucky in that regard.

I have swapped from Raidraptors to Salamangreats now though, with better results against decks I struggled massively against as Raidraptors, mainly Eldlich which im now 5-0 against with Salads.
Helps that Salad can just recycle the best handtrap in the game, Ash Blossom.

Planet XX-12 Section-43
Seen 1 Hour Ago
Posted 3 Days Ago
33 posts
24 Days
144
3 Weeks Ago at 4:01 PM
Nice, I love Yu-Gi-Oh. I got into it a while back, through the mobile games. I did get actual cards later, but duel links was my first experience with the franchise. It was so long ago, XYZ cards weren’t even in the app. Just fusion and Synchro. I do like real cards, but it’s easier (and less expensive) to get them in the games. Right now in master duel, I use a flower cardian deck, just till I can master making and using combo decks. Anyone know any good archetypes that make a simple combo deck that differentiates from flower cardians?
Just a cowboy wannabe who likes nuzlockes (not hardcore)