she / they
in the flowers
Seen 8 Hours Ago
Posted 8 Hours Ago
15,966 posts
11 Years
1
1 Week Ago at 8:11 PM , since edited
An ARG (Alternate Reality Game) is a modern, unconventional, and interactive way of creating network-narratives usually using transmedia storytelling to make sure the audience can identify plot points. Often times, ARGs use real-world clues to take players on a journey outside of any traditional entertainment mediums and can consist of a trail of clues spread between the real world and the virtual or televised world. For instance, an ARG may include real websites for fictitious companies; like Alex Bale's "Happy Meat Farms". Phone numbers and instant messaging can also be used so that players can call to speak to "in-game" characters, as was the case with "Perplex City" by Mind Candy. ARGs can go as far as directly mailing clues to a player's address or geocaches hidden in the physical world, such as the "Seven Trials of HABIT" which itself belonged in the universe of the "Everyman Hybrid" ARG and "Jack Torrance". And still other ARGs are stumbled upon accidentally, with no direct confirmation by its organizer (or 'puppet-master'). A prime example of this is the "Dream Collection Agency" ARG, where posters with live phone numbers were hung on telephone poles en masse in multiple states.

In the context of video games, ARGs often include information surrounding a game or its plot. Sometimes certain clues can only be found in-game, or 'obscure' websites. Other times hints can be found in the real world using location coordinates, for example The Binding of Issac: Greed ARG.

What can be confirmed is that ARGs use clues that often include various puzzles, cryptography, audio/image analysis, steganography, and hinge on audience participation in order for the story to continue.

Although purists may argue that all ARGs must follow very strict guidelines to be referred to as such, the term is commonly used to describe any cross-media meta game through which players progress based on solving a series of clues. Also existing under the umbrella of ARGs is the category known as "Unfiction". Unfiction is a term used to describe linear, narrative driven stories that offers, but does not rely on, audience participation; and have since become the most dominant craft of this transmedia storytelling since branching away from the more interactive aspect of ARGs.

But it's perhaps the grassroots, self-sustaining pieces that are most endearing.

The crux of Unfiction can be simplified into this phrase: "This is (not) a game." Or otherwise, the concept of depicting a fictional story under the pretense that it is real. Arguably the most popular example of Unfiction is the storytelling and marketing done by 1999's "The Blair Witch Project". Which involved the creation of mock police reports, missing persons posters made and circulated, and fake newsreels. The Blair Witch served a dual role in popularizing Unfiction as an immersive brand of storytelling, but also bringing about the revolution of found-footage horror stories.

So, if I have your attention, let me offer you a quick list of currently running ARGs/Unfiction series that you can jump into NOW:


- Omega Mart: an instillation of interactive and narrative rich art exhibitions of gigantic proportions, fronting as a non-assuming retail grocery store.
- The Black Watchmen: you enter this ARG as an agent of a paramilitary group tasked with protecting the public from dangers beyond human understanding.
- Dad: a meta-story in which youtuber Nathan Barnatt makes a skit of self-made character, Dad. However, Nathan asserts that whoever is playing Dad now is impersonating him.
- Mysterious Nashville: "little odd things are happening". This ARG is geocache heavy and requires exploration and adventure, but exploding with mystery.
- Simulacra: currently available on steam, this ARG uses its namesake to establish the nature of simulation, then clouds the lines between truth and fallacy.

Have you participated in an ARG before? Or followed the story of Unfiction? Which ones? Where would you rank your level of involvement? Would you ever involve yourself in an ARG?

Age 25
he/him
Snezhnaya, Teyvat.
Seen 3 Hours Ago
Posted 9 Hours Ago
7,138 posts
13.3 Years
2
1 Week Ago at 9:04 PM
No, I haven't ever been in one and don't have interest in playing them, but am interested in listening to stories about ones that take place, I guess. It's just not something I'm really into indulging myself in, if I'm being honest.

she / they
in the flowers
Seen 8 Hours Ago
Posted 8 Hours Ago
15,966 posts
11 Years
3
1 Week Ago at 3:32 AM
They can definitely be a chore and take years and years to see any kind of satisfying resolution (if not outright abandoned). So far I’ve participated in Everyman Hybrid (which took 8 years iirc), post CONTENT, _boisvert, Local 58, Dad, Nettlebrook/Echo Rose, Mystery Flesh Pit National Park, Petscop, MUSE, and …whatever is going on with Adult Swim, lol. Oh and technically Cicada 3301 but considering the state of it I’m not where that one still stands.

But my levels of participation are dubious at best. I think I’ve been most involved in Petscop, Dad, and The Sun Vanished, in which case I was able too receive replies from the Puppet Masters and bring my own opinions and info onto the table.

I’m sure there’s more that I’m forgetting, but just as an innovative method of storytelling I find it fascinating. Especially the communities that rally around creators to theorize, share cryptographic analysis with, decode subtext with, and just generally appreciate good narratives.

I think the ones I don’t care for are the officially backed and “sponsored” ARGs. The Cyberpunk ARG, EA’s I Love Bees, that one ARG about Sombra from Overwatch, and like Cipher Hunt with iirc The Disney Channel actually ran. I think my only exception would be “The Beast”, which was an ARG born from the movie AI.

Also in the ARG group / Unfiction has been this massive upheaval of a sub genre called “Analog Horror”. They have elements intrinsically tied to their communities, but can definitely exist as their own entities. The only qualification needed is “look like it was filmed on VHS” lol. Local 58, Channel 7, The Walten Files, Analogue Archives, and the Battington Tapes are a few that come to mind. 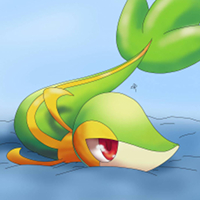