EDIT: Not sure if I needed to write that in "restrictions", but I decided to catch all my team members in PokéBalls. It's not a restriction indeed, but an additional rule that I wanted to add.

I am about to start the League and I decided that I am going to keep the HM in the Pokémon movesets. While some of those are good, some others really do nothing but occupy a place. It kinda adds some layer of difficulty, I guess. 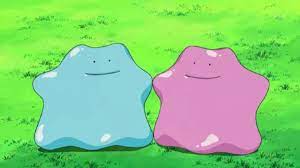 Imo a very nice team to try!
These are all ones I haven't really used before, and been wanting to use. Ditto is my favorite pokemon of all time, and been really wanting to try out a Jumpluff lately for a playthrough so shall be fun. Confirming this team

Forum Username: _confused_piplup_
Game Version: Emerald
Number of Pokemon: 6
Exclude NFEs: Yes
National Dex: No
Restrictions: None
Here's what I rolled for you:

If you want anything re rolled, just let me know

If you want anything re rolled, just let me know
hmmm I was hoping for something different from Swampert because I have always used it. I used Exploud on my last playthrough in ORAS. However the team is not bad and it has some pokemon I have never used, so I guess I'll confirm it! 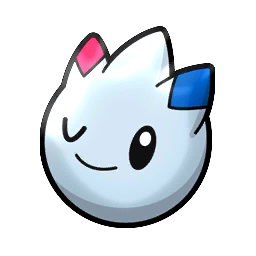 I went through Route 7, fought Charon, and acquired Surf. I then went through Twist Mountain, training my Pokémon up. I made it to Icirrus City and beat Brycen mainly using Chili. I went through Dragonspiral Tower, training up on the Team Plasma members. Then, I went through Route 8, fought Bianca, then went through the Tubeline Bridge, Route 9, and Shopping Mall Nine, training my Pokémon up all the while. At one point, Chili reached Level 43 and learned Crunch, so I used a Fire Stone on him to evolve him into Simisear. At another point, Vesperus reached Level 41 and evolved into Gothitelle. When I made it to Opelucid City, I went into the Pokémon Center and called it a day.
Challenges
Mono-Fire Ultimate Challenge - Leaf Green, Soul Silver (7/16), Omega Ruby, Platinum, White 2, Y, Sun
Random Challenge - Black

I went to Route 10 to do some training for the Opelucid Gym, and caught a Bouffalant (which I named Shayla), completing the team randomly chosen for me. Once I got everyone trained up, I went through the Opelucid Gym using mainly Shayla, and beat Drayden. I went back through Route 10, fought Cheren, and went on through Victory Road, training everyone for the Elite Four. Once I got everyone trained, I went into the Pokémon League Pokémon Center and called it a day.
Challenges
Mono-Fire Ultimate Challenge - Leaf Green, Soul Silver (7/16), Omega Ruby, Platinum, White 2, Y, Sun
Random Challenge - Black

I went through the Elite Four, beating them with my different Pokemon. After catching Reshiram since the game forces you to (I just opted to not put it in my party since the game lets you choose not to use it), I struggled through N for a bit, before deciding to train my Pokemon up a bit. This proved to be a worthwhile pursuit, as I had a less difficult time getting past N's Zekrom, and was able to beat N with my Pokemon. After two failed attempts to beat Ghetsis, I was able to beat him after working out a strategy on who to put in the front (Chili), thus beating the game and the challenge.

I had a lot of fun with this! I might do this challenge again in the future!
Challenges
Mono-Fire Ultimate Challenge - Leaf Green, Soul Silver (7/16), Omega Ruby, Platinum, White 2, Y, Sun
Random Challenge - Black