Male
Mushroom Kingdom.
Seen 9 Hours Ago
Posted 1 Week Ago
63 posts
1.1 Years
1
October 15th, 2021 at 12:51 PM
I am not sure if anyone else has made a thread with a similar topic here before, But ow my god, Is Pokémon UNITE one unbalanced game.

(This is rant specifically about the game's balacing issue.)

It's just one of those cases where the development team didn't care as much for the game itself then to make money. To remind you on what the objective of the game is, You're supposed to obtain points by defeating wild Pokémon in certain places on the map. Then you will have to rake in those points by scoring them in the opposing team's goal points whilst trying to fend off and defeat your opponents in the process. Now that doesn't sound all to bad. But there are a couple of things that they really should have given a second thought.

First of all, Why the heck is Rotom a thing in this game!?!? The thing with Rotom is that once you somehow managed to do the finishing blow on it, it slowly moves towards the opposite team's nearest goal point. You can try to defeat it while it does this, But you're most likely gonna get bombarded by your opponents because they are often trying to protect Rotom and let it reach the goal point. Once it does so, It will temporarily allow you to score points without having to charge first for that goal.

Second, In the last two minutes of the game, Zapdos appears in the middle and which ever team defeats it, Basically gets a delayed win. As ALL team mates of that team get like 50 points and ALL of your team's goal points become defenseless and can be scored on instantly. At that point, a scenario of which all of your opponents camping right infront of your team's base constantly scoring billions of points and destroying all your other allies that come close is probably gonna commence.

Third, a lot of moves and battle items that change your Pokémon's stats for a limited time are almost useless. The X attack item is said to increase your pokémons attack power for a little while, But i barely make out an increase in attack while its in effect, But why the heck does it have to last only like 4 seconds or something? Plus not to mention that the game loves to make use of almost transparent effects that surround your Pokémon when they are under the influence of like a status effect or stat increase or decrease. They should have just used icons for all stat changes and not just for status effects.

There are a lot more criticisms i have with this game. But those three are just the biggest flaws i think this game has. I honestly don't care all that much about it being another one of those "Pay to win" games.

I really hope im not the only one who really suffers from the game's poor balacing. Maybe its just me being not good at this game, or im just getting inexperienced team mates.

It’s not thag the game is unbalanced, it’s that a lot of people who aren’t used to MOBAS are just playing because it has the Pokémon name. This means these players don’t really know how to snowball and gain leverage. So they don’t pay attention to when the opponent is fighting Rotom, for example. So if you’re ever playing and Rotom is defeated and you didn’t expect it to happen, that means you weren’t paying close enough attention. 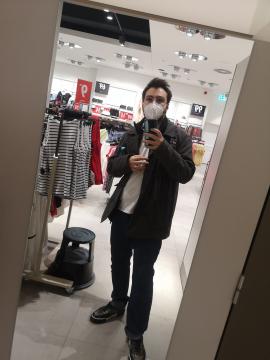 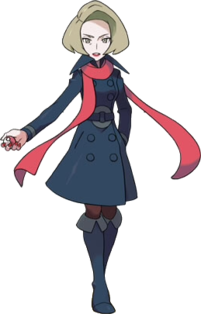 Seen November 2nd, 2021
Posted November 1st, 2021
103 posts
253 Days
5
October 31st, 2021 at 9:46 AM
i was never interested in this game
outside of real life i don't like games where you rely on teammates
if you are playing alone and you screw it, no problem, it was your lack of ability or misjudgement
if anyone screw it on a team, it's like your team is playing with one less person

Male
Dayton, Washington
Seen January 4th, 2022
Posted November 12th, 2021
8 posts
241 Days
6
November 12th, 2021 at 3:03 PM
I capitalize on the poor balancing and jump right into the entire team with Zeraora using volt switch, drop ultimate, drop discharge, and laugh as the entire 5 Pokemons health bars vanish and they scramble trying to escape the insta-kill nuke of electricity I've dropped on them from out of seemingly nowhere. The best part is volt switching back to whatever bush or on the other side of whatever wall I've just dashed in/across from if any of them do manage to survive all that damage burst.....because then they don't
know what to do. Recall and set it up again. Oh it's so deliciously fun.

He or They
Seen 2 Weeks Ago
Posted 2 Weeks Ago
200 posts
8.7 Years
8
2 Weeks Ago at 8:37 AM
They've made a number of balancing changes since this thread was posted. A very useful one is that you get three freebie max item upgrades so that it is technically no longer 'pay to win'. Zeraora has been debuffed and is now one of the worse pokemon in the game, although it's probably better in solo-q (ranked and solo-q are very different, Gengar is apparently great in solo but basically never appears in highest ranked).

But by far the biggest issue is, imo, the frikkin' terrible team mates and the fact the game can still penalize you if you get team mates AWOL; the bots that follow you are worse than the ones in the non-online mode as they steal all your EXP and just follow you brainlessly instead of being autonomous, and other MOBAs will not derank you if you lose a match with missing team mates.

The second issue is they don't bother to play-test their own mons before they release them, so a quarter of the time they come out extremely unbalanced and then get nerfed in a few days, which is quite stupid.

I have two different accounts just so I don't have to pay and get more freebie mons. One of them has a much higher win rate (56%-60% depending on the mon I play) than the other (which is barely above 50% because I keep playing Blissey and Pikachu which are very supportive and, well, Blissey can't do muk if your team doesn't show up for Drednaw/Rotom/Zapdos), which does illustrate that picking the 'right' pokemon for your playstyle (And which isn't too weak) is extremely important, but also when you choose to play. Playing at night helps avoid playing with literal toddlers. Getting friends is also good.

I hate to say, Zapdos is actually a balancing mechanism. Suppose you are getting beaten the entire damn game. What's the point in playing the last 2 minutes if there is no way to score enough to make up for it? However, the latest patch made Zapdos worse, because it used to be possible to use score shield if you lost Zapdos and defended hard to quickly score back, and now that's muuuuch harder; you pretty much have to wipe the entire team in the zapdos arena if they got it by luck and then have your whole team still be alive, which is possible if you prioritized Drednaw.

Most players don't realize prioritizing Rotom too much is a trap. Drednaw is actually the better option until later game, because not only do you actually want to lose your very first top goal so you get audinos for more exp to grind, but if you acquire it quickly enough then you should be able to jump back up top and wait on your goal to defend it from Rotom. Dumb, underleveled players who only go for Rotom will try to attack your whole team on the goal (stay close to the goal for heals, but be wary of pokemon that can push you off or straying too far and letting Rotom in, or of push attacks that can actively push Rotom /into/ the goal.) and die trying. Later game, prioritize last Rotom because it's like a free Zapdos.

Now that score shield has been nerfed, in solo-q sometimes the only time squishies like Pikachu get to score is with rotom and zapdos (because one attack will interrupt their scoring and probably kill them at the same time). So I have no problem with them per say, but a nerf to them could be very welcome.

For now, I've pretty much stopped playing the game. Lately my win rate has just been getting worse with the latest balance patches so there's not much point, and I already reached Masters once so doing it again feels repetitive.
Evo-Yellow: 151 Evolve Raichu Hack, uses the Yellow Disassembly. Play as girl, ride a pokemon, special/physical, dark/fairy/steel types, new pokemon, gen 2 sprites, evolve Pikachu into Raichu and have them still follow you with new Raichu emotion sprites!
Yellow Hack Tutorial
Fire Yellow - A FireRed Hack & Yellow Remake with Following Pikachu - I am not continuing this until I get a new computer where I can use the latest disassembly. My old one can only run gen I disassemblies.

Seen 2 Weeks Ago
Posted 2 Weeks Ago
1 posts
15 Days
9
2 Weeks Ago at 7:18 PM
If you want the game to be balanced, you should use a hacks
https://techupnew.com/robar-cuentas-por-id