Nothing is confirmed, but trademarks may be the names of the box cover legendaries. 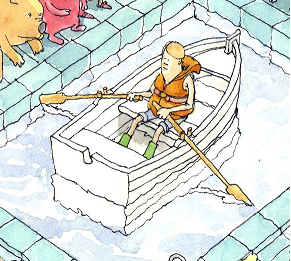 I'm hoping that "Lunaala" is a sheep/ram/goat based on Aries or Capricorn, even though it's Cancer that the Moon rules over.

Female
Seen November 7th, 2016
Posted November 1st, 2016
18 posts
5.2 Years
3
April 20th, 2016 at 3:20 AM
I like these names if they turn out to be true:). Sol and Luna could be spanish, also latin, but there is something that lets me believe the names have a spanish origin.
This 'evidence' is the ala from Lunaala, which is the spanish word for wing. Moonwing seems to be a fitting race for a legendary, I'd love a winged wolf or something like that. Sure leo sounds like we'll get a lion, but galo means rooster and GF has a tradition in adding, exchanging or omiting letters. A sunrooster (not like blaziken) could be an amazing design:D imo.

Age 28
Female
Australia
Seen January 24th, 2019
Posted September 4th, 2018
50,229 posts
10.2 Years
4
April 20th, 2016 at 3:39 AM
Looking at these names, they seem to incorporate "sol" and "luna" which are the Spanish words for sun and moon respectively. And as Keiran said, I definitely will be intrigued by this game if there's a notable presence of an astrology theme going on.

But anyways, I knew the mascots were going to be new legendaries and I am anticipating as to what these two will actually look like.
Gone forever for personal reasons.
Visit my Tumblr page if you wish to contact me.

Age 28
Female
Australia
Seen January 24th, 2019
Posted September 4th, 2018
50,229 posts
10.2 Years
6
April 20th, 2016 at 4:20 AM
I wonder if that taking into account that "ala" means wing means that Lunaala might be part Flying? I could see Dark, Fairy or Water for the secondary type.
Gone forever for personal reasons.
Visit my Tumblr page if you wish to contact me.


Spoiler:
I have spent the past Minutes trying to Translate these words for you guys, so here is some translation that i have managed to find:

So yeah, that includes all the Translation that I have covered, some makes sense, some is Funny, and some is even not worth Reading.
Thank you for Reading! :D

None
Seen 7 Minutes Ago
Posted 3 Weeks Ago
15,946 posts
6.6 Years
8
April 20th, 2016 at 5:00 AM
Hrmn...that's pretty flimsy, in my opinion. Given the carefully constructed silence surrounding all this and the source of the trademarks I wouldn't be surprised if these weren't particularly relevant. That said, a Fire Lion Legendary sounds awesome, even if I am generally against the Legendary mascot thing. 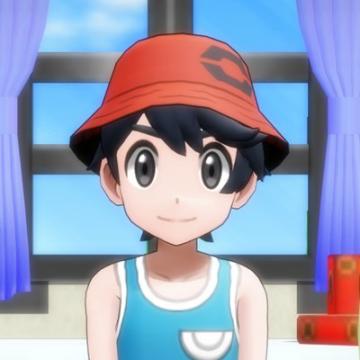 And the Royal coat of arms of the United Kingdom (which can be seen below), sports BOTH a Lion and Unicorn. This adds a little to the theory that Pokémon Sun and Moon's region may be based off of the U.K after all!

"Music really transcends languages, and it means so much." - RM

"Cause I'm Irish, and everyone remembers me." - Niall Horan

"Feel free to insult me, but you don’t have the right to insult our fans." - Louis Tomlinson

"Believe in something bigger than yourself and find your purpose." - Justin Bieber

Interesting thing is that the shadow under the Sun box was similar to that of a Lion and for the Moon one was that of a mythical bird. Now if I am to believe all the hype right now about their naming then I would bet that leak actually gives the silhouette of the 2 legendaries.

I may be miserably wrong here though. I believe TyranitarTube made a video on it too if I am not wrong here.

I like the idea that Lunala could be a sheep or ram; it would be neat to have a lion/manticore and sheep/ram duo. 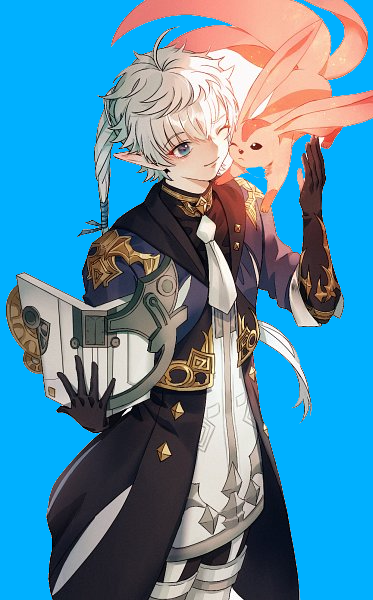 Age 22
Male
England
Seen September 16th, 2020
Posted September 15th, 2020
4,049 posts
7 Years
13
April 20th, 2016 at 8:31 AM
Everything's pointing towards a winged beast for the Moon legendary, the Pegasus idea mentioned by Michelaar would be amazing and I think the wolf, unicorn suggestions would be cool too. It has to be something abstract and different cause a flying dragon-type thing would be too similar to Lugia so I think these ideas are realistic as well.

Age 26
Male
Oregon
Seen September 24th, 2018
Posted July 3rd, 2018
17,521 posts
11.1 Years
15
April 20th, 2016 at 10:52 AM
Yeah, first thing I thought when I saw Lunaala was moon-wing, and Solgaleo I thought of spanish for sun mixed with gale and containg leo. I can see them being based on a pegasus and a griffin (wind=flying most of the time in Pokémon, and a flying lion is basically a griffin.)
I'm currently working on some novels. If you're interested you can read them here:
https://www.wattpad.com/user/ImperialSun

We definitely won't have long to wait either, the next issue of CoroCoro is most likely gonna reveal these. Can't wait. 8)
Funny thing is the trademarks are 2 months old. I wonder if the might be more...
I'm currently working on some novels. If you're interested you can read them here:
https://www.wattpad.com/user/ImperialSun

Male
Seen January 26th, 2020
Posted September 30th, 2019
197 posts
5.7 Years
17
April 20th, 2016 at 4:58 PM
Originally Posted by OmegaRuby and AlphaSapphire [ Original Post ]
Funny thing is the trademarks are 2 months old. I wonder if the might be more...
People are speculating that these ones might also be Pokemon trademarks since they're the same format. 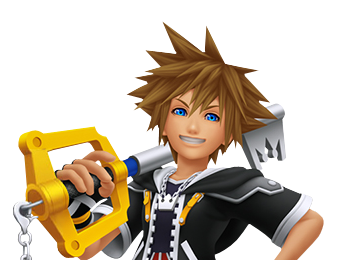 Age 28
Male
California
Seen February 16th, 2021
Posted May 16th, 2019
9,528 posts
8.5 Years
20
April 20th, 2016 at 8:46 PM
Originally Posted by zoroarkrules25 [ Original Post ]
Those one's that people think are for the starters, are interesting. They line up with the leaks awhile back from 2ch. The legends sound cool as well. I'm thinking sun lion, moon bat or dark winged creature.
You mean the one with the grass owl, fire rabbit, and whatever heck that water starter is?

Even though these trademarks were first discovered 2 months ago, I feel like we're getting closer to hearing something sooner about the boxart Legendaries before CoroCoro comes out next month. Even though the companies typically associated with Pokemon aren't the source for this, it may be worth something because otherwise I don't think Joe Serebii wouldn't have posted it... even weirder that he waited two months to post about it. I'm glad to see I'm not the only one who thought of the possible lion reference. I think even a Fire/Fairy lion would be awesome. 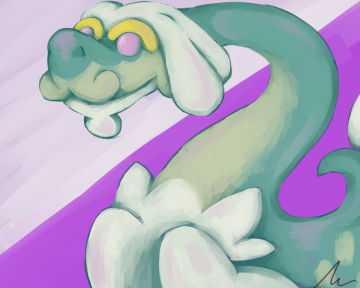 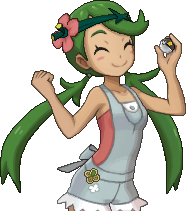 In Spanish, Gáleo is a type of shark, so you know what would be better than some boring fire lion? Also Sun Sharks are technically real :) Look up basking shark, a popular name for it is "Sun Fish".

California
Seen June 30th, 2018
Posted June 30th, 2018
10,752 posts
12 Years
25
April 21st, 2016 at 8:50 AM
Originally Posted by OmegaRuby and AlphaSapphire [ Original Post ]
The romanji on some of those seem off. Yabb should be Yabii. As for the choopu in front of Rshadow is odd...I have never seen that done. Usually it's used to make the sound long, but it's at the end of the character like in the case of the bi in Yabii. If they wanted an R sound I imagine they'll used 'ra' (if the way I'm thinking Rshadow is correct). I also doubt it's the similar looking Kanji for 'ichi' one, as Kanji isn't used for Pokemon names, plus the kanji for one doesn't have a reading of 'r' (that I'm aware of)
Not really off. A long "a" sound is commonly used for an "ar" sound. Like, for instance, Mario Kart which in Japanese is マリオカート or MARIO KAATO.

I'll agree that NYABBY doesn't follow the typical pattern. A completely straight transliteration of ニャビー would normally be NYABII, but the way they translate the names ソルガレオ and ルナアーラ as "Solgaleo" and "Lunaala" is also nonstandard since they would normally be written as SORUGAREO and RUNAAARA (yes, three A's). But if we assume that the names are based on some non-Japanese word, for instance "tabby", then it makes sense that when it is translated back it would use a non-standard spelling.
pixel art and tiles and stuff