Pokémon Quest is a mobile and Switch title, while Pokémon Let’s Go is based on Pokémon Yellow and releases for Switch on the 16th of November.

I'm more hyped for the 2019 game(s) ^^
I'm currently working on some novels. If you're interested you can read them here:
https://www.wattpad.com/user/ImperialSun 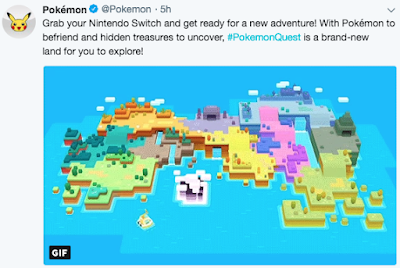 I know I'm on a weird little tangent here, but I find it super interesting how I subconsciously formed a world map super similar to the one they're using in Pokemon Quest. To the point where I'm wondering if I've been following some archetype this whole time since I envisioned it way back in high school.

Starting off in the west in a light green meadow near a body of water where a boat could take you who knows where. Lead north into a forest connected to a rocky ridge featuring a river/waterfall and bright orange desert even further up north. A big shrine in the upper middle of the map and a mysterious purple island housing a legendary monster in the lower center of the map that you need to cross the ocean to reach.

Then there's the dried out yellowish fields in the center of the map, connecting to a purple cave. A return to the meadow environment in the east but this time in an off green color with a few scattered islands below. A northern path from the 2nd meadow leads to grayish green spooky zone with a tall dark tower, leading you up a steep climb to the icy cold winter wonderland at the highest northern peak. 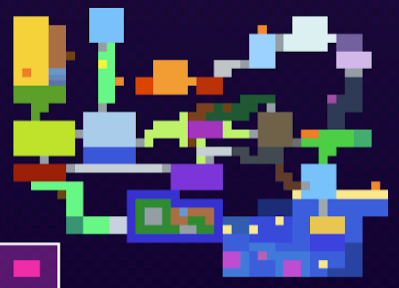 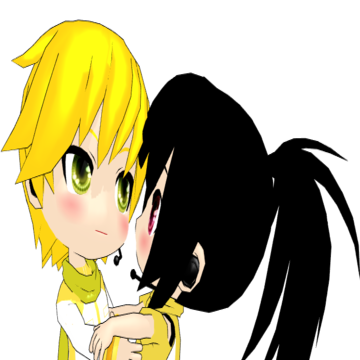 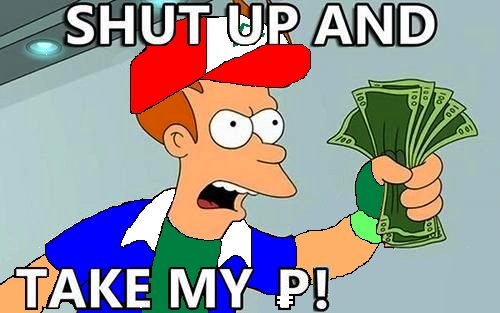 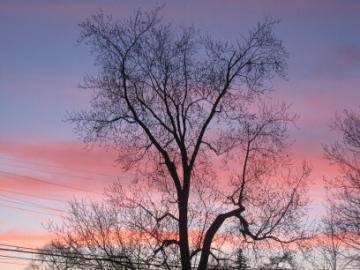 But it's sad that it is only the Kanto Pokemon... Why is it always them... I used to like them a lot but right now I admit I am becoming tired of having those 150 only. There's over 800 Pokemon now, why making that many if they recycle the same ones over and over again..

My derpy Squirtle... I need that as my next avatar..
I miiiiight be back?
And why am I not a supporter anymore >.<

Sorry, I had to. Hyped to hell, FireRed was my first video game ever
Anyone that gets this reference, I love you forever #AfterArmageddon #BloodAndBonds #CalamityCalls #DimensionalDestruction

Male
Liberty Garden
Seen April 28th, 2020
Posted April 28th, 2020
9,312 posts
7.7 Years
14
May 31st, 2018 at 11:58 PM
I enjoyed Pokémon Quest on my Switch because I like having some Pokémon traveling and beating up anything on their way (and I can put it in Auto mode as well). And I picked Eevee as my starter, until I managed to invite Pikachu into my party later on. I do wish that there will be more 'mons other than from Kanto region though, but I hope they'll be added in later updates if they wanted to.

There is one single caveat for me though. At times I'm bothered when the SFX of the game occasionally goes too loud when attacks clashed. I would enjoy the game to its fullest if the SFX can be balanced though.
PC | MyAnimeList | Twitter | Tumblr | My Blog | Pokémon Trivia | Sci & Tech
​ 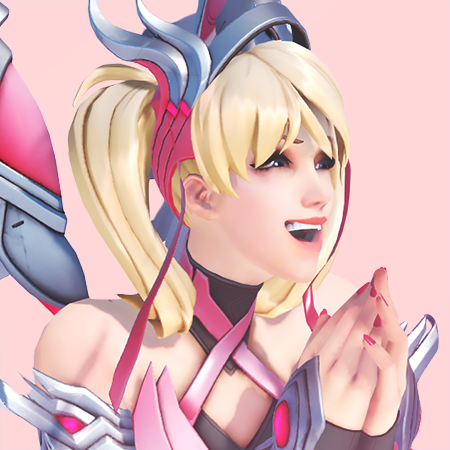 someone needed a doctor? 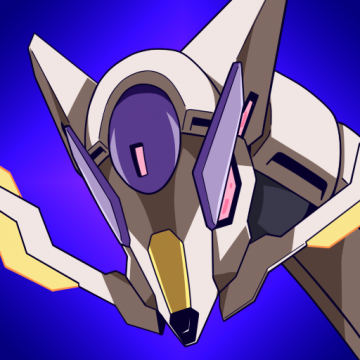 Male
Sinnoh Region
Seen September 4th, 2018
Posted July 10th, 2018
1,089 posts
12.7 Years
16
June 2nd, 2018 at 1:14 PM
It would be nice if it had Pokemon OTHER than strictly Gen 1 Pokemon, since I'm starting to get a bit tired of Gen 1 getting so much attention, and most of my favorite Pokemon are from later generations.
My DA account
Avatar made by MelNathea on DeviantART