Seen 24 Minutes Ago
Posted 2 Hours Ago
9,075 posts
4.6 Years
1
January 9th, 2020 at 5:21 AM
When it comes to these labels, do you think they have any merit? To me it's always come off as a way to quickly put people into categories. What do you think defines your generation? Or what are your thoughts on these labels in general?

I would probably fall under Gen Z, since I have no memory of 9/11. Also, by the time I reached 6th grade, classrooms in school were becoming defined by technology. One of my classes was completely taught through a computer program, where the teacher was present but mostly did nothing.

they/them
Seen 3 Hours Ago
Posted 3 Days Ago
36,635 posts
14.5 Years
2
January 9th, 2020 at 5:30 AM
I mostly use the terms ironically. While you can somehow lump some people very accurately (like how I'm a cookie cutter millennial) into gen x y z and beyond, there's just too many people overlapping for it to have any serious merit.

Kids who grew up with smartphones and had pads or laptops in school, I call zoomers d: 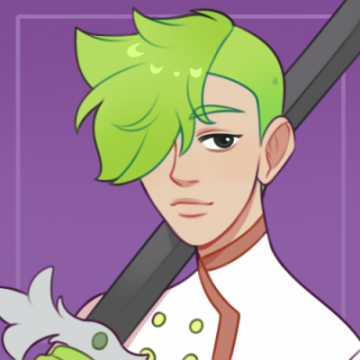 So I mostly use it in a teasing manner and never really take it seriously.

dance before the abyss

She/her
In bed
Seen 22 Hours Ago
Posted 22 Hours Ago
17,353 posts
8.9 Years
4
January 9th, 2020 at 9:07 PM
I'm a millennial, born in 1990.
Baby boomers are children after WWII when the US and Canada encouraged people to have kids, for Canada they introduced the federal childcare benefit.
Gen X is like late 60's-early 80's I think, and honestly the rudest, most unhinged people I've ever met are gen x and not boomers, boomers are all almost exclusively 60+.
People in their 40s/50's have the most entitlement I've ever seen.

As for irl I don't use these, said ok boomer to my dad and he got it though.

Age 19
he/they
Kara's Flowers
Seen March 4th, 2022
Posted February 12th, 2022
5,044 posts
10.6 Years
5
January 9th, 2020 at 10:34 PM
I'm a zoomer, born 2002. I probably only use these generational terms out of spite. I really just dislike when people from older generations rant about us kids being on our phones all the time or something like that, because it happens all the time. That being said, all generations have their...less appealing members.

She/Her
Seen 5 Hours Ago
Posted 8 Hours Ago
12,123 posts
9.3 Years
6
January 10th, 2020 at 1:42 AM
People like categorizing things, so I can definitely see the merit. I does, however, get complicated when you try to categorize people.

What tends to be forgotten is that the main factor of these generation labels is very much just years. Anything else included just leads to errors. There's way too much in terms of life circumstances, sickness, shifts in society, etc. that can only vaguely be grasped. So what it end up being is people make a lot of assumptions.

People who make these assumptions are usually those of older generations. As for what they are concerned, they only see the system they created and they consider "working". So when a new generation comes around being all about "but this doesn't work", they see that as an attack to all they built up ("attack to working system=trying to destroy society"). Additionally any generation tends to have a very vocal minority who are extra loud and it's easy to associate an entire generation with just that minority (part of human psychiology is that they perceive the negative a lot more intensely than the positive).

As being part of the Millenial generation, due to living circumstances, a lot of the "attributes" people associate to the group don't really fit to who I am. At the same time, there are also a lot of them that do fit. I'd say it about evens out.

At the same time, I still find myself having trouble to understand which generation is which at times, which is why I try to avoid using the labels for the most part.

they/them
Seen 3 Hours Ago
Posted 3 Days Ago
36,635 posts
14.5 Years
7
January 10th, 2020 at 2:35 AM
Originally Posted by Noblejanobii [ Original Post ]
So technically by generation labels I'm in Gen Z because I was born after 1995 (which is the agreed upon cut off from Millennial to Gen Z), but I don't really feel like a Gen Z kid. I didn't have any tech in my classrooms until I was a junior in high school and I had dial up internet until I was 14 so I wouldn't say I grew up surrounded by technology. Thus I don't really fit the bill of a Gen Z kid.

So I mostly use it in a teasing manner and never really take it seriously.
I haven't met a 1995 person whom I didn't think seemed more like a millennial than a zoomer. I think you can count yourself to the millennial club if you'd like :)

It's just about culture and internet memes these days, really. Baby Boomers in NA, as someone here pointed out, is the only identifiable tangible generation distinction probs.

Seen 24 Minutes Ago
Posted 2 Hours Ago
9,075 posts
4.6 Years
8
January 10th, 2020 at 4:04 AM , since edited
Originally Posted by Curly Brace [ Original Post ]
I'm a zoomer, born 2002. I probably only use these generational terms out of spite. I really just dislike when people from older generations rant about us kids being on our phones all the time or something like that, because it happens all the time. That being said, all generations have their...less appealing members.
That stereotype is frustrating. It's the most popular way to bash this generation, but truthfully people of all ages have become reliant on phones. Even worse when it's shared through social media, likely by someone using a phone.

Oh and "tidepod eaters" is another common insult. I'm not even sure if that rumor of teenagers eating those was true. Whether it was or not, it's popular to blame the entire generation.

Seen January 26th, 2020
Posted January 26th, 2020
53 posts
2.4 Years
9
January 12th, 2020 at 11:17 AM
There is no bridge between different times and modern society does not need elders. Labels were created strictly for psychology. For navigation purposes. 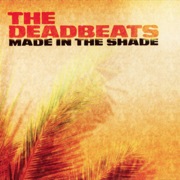 Seen January 29th, 2022
Posted November 24th, 2021
6,398 posts
15.4 Years
10
January 12th, 2020 at 11:45 AM
Stereotypes are generally rooted in some kind of truth, but a "generation" is such a huge group of people that most labels are way too broad and will not usually apply to a majority of the people within that generation's group. I'm a millenial and I guess we're supposedly lazy and don't want to lift a finger for anything. For me and those close to me, that is just plainly untrue. And I guess boomers are seen as selfish and quite ignorant to the problems of today's youth, and while that applies to some boomers, it doesn't apply to all.

So no, labels don't have merit in the case of generations. The sheer size of the groups these labels try to define is way too large for it to work.

she/her
gracidea fields
Seen 23 Minutes Ago
Posted 1 Day Ago
8,595 posts
17.1 Years
12
January 13th, 2020 at 7:39 AM
Originally Posted by skywalker [ Original Post ]
It feels so weird to me that millennials are now the generation that starts having kids and even wants to buy houses. When did we grow up, help
we have money to buy houses????