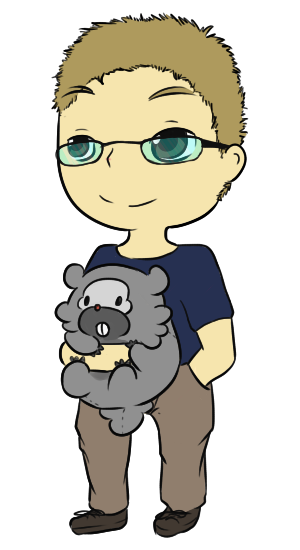 You used a Master Ball on the GreyBidoof!

Age 23
Male
Goldenrod City, Johto
Seen 3 Weeks Ago
Posted November 29th, 2018
774 posts
5.7 Years
1
March 21st, 2016 at 4:44 PM
How do you feel about roleplays that incorporated game-style mechanics, such as level systems, unlocking of abilities, and such? In what situations/styles is this appropriate? When is it not?

art by the churiffic Infinite

Even when I'm not in charge, I still don't have fun playing a psuedo video gamelike experience. I'd rather if it's going to be a game, it be a game all the way. A game that I can invest myself in, and I know is going to be finished rather than people losing interest in it. Not this half-assed mixture of a story/game. Besides that, it tends to make the GMs slower in managing the roleplay as well, and it removes focus from what's relevant; the story.

I don't mind if you enjoy that sort of D&D-esque stat managing and such, but it just isn't for me. I've dabbled in it before and I did not like the distraction.

Age 21
Male
a Torterra's back
Seen 1 Week Ago
Posted October 10th, 2019
2,584 posts
6.8 Years
3
March 21st, 2016 at 7:32 PM
Just like Arylett said, I'm not a big fan of the leveling system as a player or GM - I feel it really limits character development in most cases and can be really confusing (and it already has) for players; because unlike video games where powers are set beforehand, RP powers/skills are intangible and usually very flexible.

Age 24
Male
Australia
Seen 6 Hours Ago
Posted 7 Hours Ago
21,005 posts
7.7 Years
4
March 21st, 2016 at 11:37 PM
I'm usually against level systems oddly enough, despite running an RP that incorporates one. I think that sometimes though it's a good way to limit the abilities of players and force gradual development.

For me, I love role plays that involve mechanics because table top game systems give me the sugar plum wet dreams of twelve year olds who know they are getting a set of D&D books for christmas.

But I know that people generally don't like to be limited that way! SO in the RP that I'm running I promised a lot of things centered around keeping the players away from numbers, stats, math, and all that junk they don't want to figure out (much like how the pokemon games generate numbers for you. Only truly devoted trainers go all out on EVS and IVS).

Trying to get the best of both worlds: players who wanna role dice but hate the math and a GM who loves the math and the dice and the players and the story, lead me to this conclusion: I'll do all the stats and the numbers but my players will role dice and have skills, and moves, and levels. It's not terribly complicated. In fact it expands on what individual pokemon can do! (it's a mystery dungeons so the pokemon have fancy D&D-esque classes.)

At first I thought it wouldn't go too well, but now I have ... 8-9? players who are all writing great posts and don't even have to worry about stats. 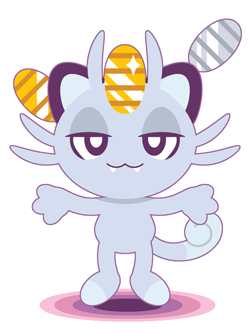 Female
Seen December 5th, 2019
Posted August 3rd, 2018
984 posts
4.6 Years
6
March 23rd, 2016 at 5:33 PM
Oh, I don't mind a simple level-up mechanic as a ways of being able to definitely measure how capable or how powerful a character, a la ATDS and Gunpowder. It's when roleplays start delving into actual statistics and probability that determine characters' actions where I immediately stop paying attention. For crying out loud, I came here to write. If I wanted to play an actual RPG, I would.

Non-binary
Seen 13 Hours Ago
Posted 21 Hours Ago
33,590 posts
12.2 Years
7
March 26th, 2016 at 5:07 AM
I like leveling systems when they work as incentives to post! When you feel like you get rewarding by progressing in the story and developing your character. Not as an absolute measure of your characters skills or strength, really.

That's why I've most often made use of pokémon levels in journey RPs. You see your pokémon grow when you write about them, and you strive towards the next evolution. It gives a sense of progress and makes you motivated.

I don't want to be inhibited by leveling systems, I want to benefit from them.
Advertiser Content