When did you get the last Pokémon game you purchased? For many of us this is SwSh. I bought my copy digitally on release day! 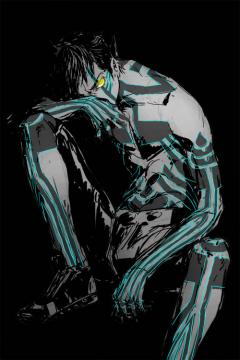 Seen 3 Weeks Ago
Posted December 5th, 2019
6 posts
46 Days
2
December 5th, 2019 at 9:03 PM
Usually just whenever I feel like it. The last Pokemon Game I bought on release was definitely Pearl. Black, X, Omega Ruby, and Moon I bought a few months to a year after release.

Age 27
Georgia
Seen 1 Day Ago
Posted 1 Day Ago
32,533 posts
11.9 Years
4
December 7th, 2019 at 6:09 AM
tbh i can't recall a time i didn't get at least one pokemon game on release day. i think the only generations that didn't happen were the first two, but i've been consistently getting pokemon games on release day since r/s.
i'm awake. 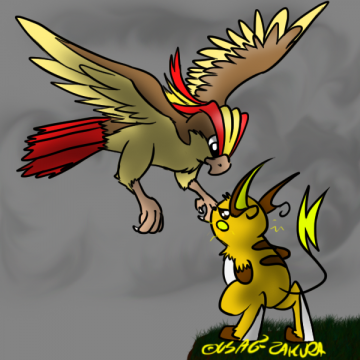 Argentina
Seen 6 Days Ago
Posted 1 Week Ago
69 posts
105 Days
6
December 7th, 2019 at 1:50 PM
The last game I bought was Blue some months ago, definitely not release date.
The other game I bought was Diamond some years ago.

Pokemon related, no. I've almost always been gifted these games at Christmas through a relative who buys the opposite copy.
Favorite Pokemon
https://i.imgur.com/3Dd21oD.png

Age 20
Female
Hyperspace
Seen 4 Hours Ago
Posted 9 Hours Ago
6,994 posts
9.7 Years
8
December 7th, 2019 at 4:33 PM
In the past yes, the last two I've waited a few days because I was the opposite of hype for both of them. LGPE turned out to be great, SwSh was most certainly not so I wish I'd waited a little longer on that one to find out all the problems with it so I would've decided to buy a better game.

It's a Jigglypuff! What will you do?

Age 26
Female
Seen 1 Hour Ago
Posted 10 Hours Ago
594 posts
5.5 Years
9
December 8th, 2019 at 8:17 PM , since edited
IIRC, my purchases were:
XD Gamecube bundle: not on release (was my first game after getting back into Pokemon).
Colosseum: Hard to find but I eventually found it after it was released years ago.
Emerald and Leaf Green: Not on release.
Diamond and Pearl: I think I got them release day.
Platinum: Most likely.
Soul Silver: I'm 80% sure I got them Easter. I purchased Heart Gold used recently.
White: A week after release and later got Black on Easter.
Black 2: First Pokemon game I pre-ordered. Got White 2 later on.
X and Y: Pre-ordered both and picked them up on launch.
ORAS: Omega Ruby was a gift and later got Alpha Sapphire as a gift.
Sun and Moon: Pre-ordered both and got them midnight launch.
Ultra versions: Picked both of them up midnight release after a last minute decision.
Sword: Picked it up used after 4 days of its release.

Overall, it depends on the game and before the Switch titles, I was always hyped for a Pokemon game to come out and enjoyed them but now that hype is slowly withering. I even skipped out on buying the Let's Go games.

Age 26
Female
Seen 4 Days Ago
Posted 4 Days Ago
37 posts
45 Days
10
December 9th, 2019 at 5:14 PM
Only the main series games, honestly. They're the ones I'm always the most hyped for. Black and White was when I started going to midnight releases--at Walmart of course, seriously the most sensible place to go for video game midnight releases--and I've been doing that since. With the exception of BW2, anyway. Oh yeah, and i missed ORAS midnight release because of an ill-fated FLU. I think I've been getting games on at the very least, release day since Diamond and Pearl. When Pokemon were actually releasing their games earlier in the year. :p

Age 25
Seen 4 Hours Ago
Posted 1 Day Ago
238 posts
1.6 Years
11
December 9th, 2019 at 8:01 PM
I've gone to every midnight release since HGSS, and while the release of SwSh made me second-guess and maybe go digital for my switch library, I caved and preordered so I could stand in line. Why break tradition?
Some stats:
Twitter
Game of the Month: Crossing Souls

Age 23
Non-binary
Liguria, Italy
Seen 4 Days Ago
Posted 1 Week Ago
124 posts
1 Years
12
December 10th, 2019 at 12:00 PM , since edited
The only main series games I got on release were Emerald and Diamond, all the others much later, usually for the first Christmas or on my first birthday after release. Diamond was actually kind of a delayed birthday present as it was released just a week after it. Actually I don't really buy games on day one unless I'm extremely hyped for them (I bought two in the last year - the Switch version of Civilization VI and CTR: Nitro-Fueled, but those were the only two day one purchases in more than ten years!).

Age 27
Female
Seen 9 Hours Ago
Posted 1 Day Ago
13,933 posts
6.2 Years
13
December 10th, 2019 at 2:26 PM
As far as I remember, I've gotten the games on release date ever since Black/White came out. Never midnight releases though, I'm really not into that, I can wait until morning to get them. Though it's been a while since I've actually gone to the store to get them, ordering online is more convenient.

Originally Posted by Rainbow [ Original Post ]
LGPE turned out to be great, SwSh was most certainly not
I'm curious to hear more on this. I've not played LGPE myself, but I was under the impression that it's been widely viewed as underwhelming, even more so than SwSh has been for some people. I've hardly ever heard anyone say that they thought LGPE was great, or even just better than SwSh.
Nah ンン
“No, I... I have to be strong. Everyone expects me to."

Age 21
Male
Seattle,Washington
Seen 1 Day Ago
Posted 5 Days Ago
87 posts
7.4 Years
14
December 10th, 2019 at 11:45 PM
I bought the Sword and Shield dual pack day of! I've been buying each game day of release since BW2 because there's nothing like learning about the games together!
I'm not sure what to put here anymore,i'll fill it up with something at some point but for now, stay golden! My Twitch!!
Current challenge(s): Random Team challenge Black 2 0/8 Badges.

Almost didn't get Sword on release day, but convinced myself at the last minute to pick it up with my staff discount at work, since I know the price isn't going to drop anytime in the near future, so might as well pay less than full price for it right away, rather than waiting until who knows when to pick it up.

(on LoA until the 14th of January)

Female
the dream world
Online now
Posted 1 Day Ago
5,835 posts
14.7 Years
16
December 12th, 2019 at 8:56 AM
when i was a kid, i would make it a literal mission to get any pokemon game on the first day of release. this was because my irl best friends would usually get the games around a similar time if not a bit later, so we'd be getting and enjoying the games during peak hype season.

as i grew older though, this became much less of a thing. i try to get mainline pokemon games during the first day, but sometimes things don't work out for life reasons. especially currently, where i'm still debating if i still even want to get swsh instead of making a decision already and gunning for it on the first day, haha.

Age 20
Female
Hyperspace
Seen 4 Hours Ago
Posted 9 Hours Ago
6,994 posts
9.7 Years
18
December 13th, 2019 at 12:10 AM , since edited
Originally Posted by Nah [ Original Post ]
I'm curious to hear more on this. I've not played LGPE myself, but I was under the impression that it's been widely viewed as underwhelming, even more so than SwSh has been for some people. I've hardly ever heard anyone say that they thought LGPE was great, or even just better than SwSh.
So, okay. I've had to think about this and I guess my judgement isn't entirely fair.

Part of what I like about LGPE is that while you can dislike it, it isn't in any way offensively bad in the way a lot of people (including me) were expecting. It's predictable, but besides that there's not really anything wrong with it - it's a cute, competent fun coat of paint. Underwhelming sure, but I enjoyed it greatly. That might not have been enough for me to proclaim the game itself as great.

Buuuut in that regard it is still so much better than SwSh in my opinion. While LGPE was underwhelming but didn't really have anything wrong with it, SwSh combines both. The plot is stop-and-go with the realistic but totally uninteresting idea that the adults are taking care of everything while you go battle gyms, the pacing is TERRIBLE, the wild area is awesome but underdeveloped and needed more reasons to actually explore beyond just biking between dens, the removal of follower Pokemon again despite all those models very undeniably being present in the game is once again one step forward and two steps back, and the characters have one personality trait (I lost count of how many times people said Leon gets lost easily. I'll take Jessie & James shoehorned into LGPE over that any day).

It might sound like I'm arguing for the safe cash grab option over the take that tried to innovate and (arguably) failed, but I don't think it's that clear-cut. LGPE didn't innovate much, but what it did, it did very well in my opinion. The new graphic style it pioneered is gorgeous, the following Pokémon is cool and given more depth with the addition of ride mons, and the GO integration turned out to work way better than predicted.

SwSh adds a lot of new stuff, much more than LGPE but it's all so surface level. Many features feel like they didn't get nearly enough development to be intuitive. The wild area is an empty plain with a weather filter slapped on top, as opposed to the game's actual routes which have real biomes, trainers, and interesting stuff to find. The new customization is good but so awkward and full of clunky restrictions like having to talk to people to change your bike outfit, and not being able wear your new gym outfits in the gyms is just ???. Almost every city is the same boring brown brick and maybe England's just like that but it's not like they're not taking liberties elsewhere. This is the kind of stuff that should have been revised and polished during the planning and it feels like they just used their first idea of every feature and didn't discuss it further.

They're both fun games that I enjoyed but in this case I prefer the predictable but well-made game over the overambitious flop.

It's a Persian! What will you do?
Advertiser Content