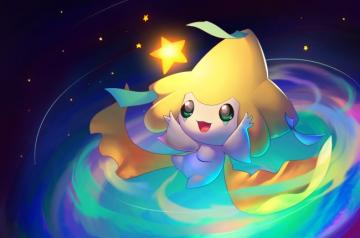 Edit : I tried to make this effect in Emerald :

I don't know if it works. I'll try it tomorrow.

busy trying to do stuff not done yet

Edit : I tried to make this effect in Emerald :

I don't know if it works. I'll try it tomorrow.
Please forget that post. I was a noob at the time. I'm sorry.
There was only a slight amount of testing done and it doesn't account for any unique causes, so it's probably bugged as hell the Distortion World.
PRPB | WEATHER | FORMS | POKEBALLS | CHAT

just I need explanation about "copyarray". What does the "2" do at the end of this command ? I think I have to find free ram space by myself, maybe bsp can't find it alone.
Thanks

just I need explanation about "copyarray". What does the "2" do at the end of this command ? I think I have to find free ram space by myself, maybe bsp can't find it alone.
Thanks
Only swapping def and sp def won't do the job mate, defense stat changes, plus abilties affecting the defense and sp def also do matter.

busy trying to do stuff not done yet

Male
Paris
Seen March 13th, 2018
Posted August 12th, 2017
40 posts
5.7 Years
207
February 5th, 2015 at 9:53 AM
Oh, yes sorry I totally forgot abilities and moves like magic mirror. So, is there a function like calculateSpeAttack, calculateDeffense then calculatedamages? :p
What is Asmagix? 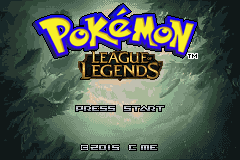 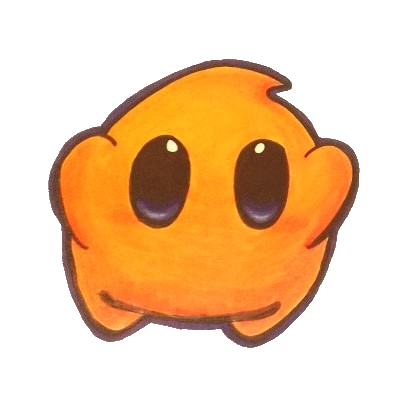 Age 21
Female
Earth
Seen December 9th, 2016
Posted December 5th, 2016
2,473 posts
7.2 Years
209
February 5th, 2015 at 11:02 AM
Originally Posted by pokenoobend [ Original Post ]
I googled ASMAGIX because I was wondering that too, the first page has one link to PC where someone mentions it then says, more serious answer ... . Maybe a troll term?
It's a play on the term "ASM" or "Assembly" which is the language the GBA runs on.
I believe in Jesus Christ my Savior. If you do too, and aren't scared to admit it, then copy and paste this into your signature.
The HGSS Music Patch - The BW/2 Music Patch - ASM: Switch Music Based on Seasons
Romhack.me Profile - Pokecommunity Profile - Youtube Channel
Support me at my site!

I tried something to make the swap. I know it's a wrong way to create the move but I did it like a training.
But when I use it, the effect resets the game.
Here my effect :

I also tried to did it just for the first Pokemon in my team in ASM, but it also resets the game.
Here my ASM code :

Why ? It's my codes ? It's the action which is forbidden ?

Edit : Ok, forget this, i found the solution.
But i have another question ! How to port the callasm command ? I compile the routine with the address 0x02024214 for the scriptlocation. Ok, but I have to repoint and extend the battle script command table to had the new command F9 XX XX XX 08. Where is this table ? And how do you find it ?

Fire Sprite (new, removed some of the edges):


Then here is the effect:

Where XXXXXX is a pointer to the routine +1

It looks working, but i'm not 100% sure. And I think that "Liqid Ooze" does nothing.

Age 25
Male
Seen August 31st, 2019
Posted August 31st, 2019
455 posts
6.5 Years
214
February 28th, 2015 at 8:28 AM
Originally Posted by Edwearth [ Original Post ]
There is a problem with the script. When you call the routine, it sets the base damages. But when you calculate damages, it resets the damages to the base damages of the move.
Could you please be more clear that what are you trying to stay. I am unable to understand.


The we have to insert this routine at 0xHHHHHH.

And last, we have to insert the effect for the attack.

With this effect, you have different animation for each possibility.

By the way, is Spherical Ice busy or something? Because no one seems to be updating the OP with new animations/effects/sprites. 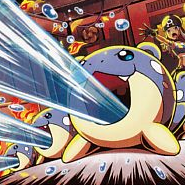 Age 22
Bristol, UK
Seen 1 Hour Ago
Posted September 24th, 2019
5,254 posts
12.2 Years
220
March 21st, 2015 at 3:10 AM
Originally Posted by Artemis64 [ Original Post ]
By the way, is Spherical Ice busy or something? Because no one seems to be updating the OP with new animations/effects/sprites.
Sorry about that, I just kept putting it off haha. I've updated everything, but please PM / VM me if I forgot something!
Pokémon Gaia Version: https://discord.gg/NpayHay
https://twitter.com/spherical_ice

Insert this ASM somewhere:
Use this battle script:
Payback animation (it's just Counter with the Dark BG):
Credit to DoesntKnowHowToPlay because I modified his Sucker Punch ASM for this.

The Battle Script ID has to be 17 (Swift/Feint Attack/attacks that never miss), otherwise it won't work properly. Replace the script with this:


EDIT: Also here's my really lame Trump Card particle, for Trump Card I just used Swift's animation but with this particle instead: 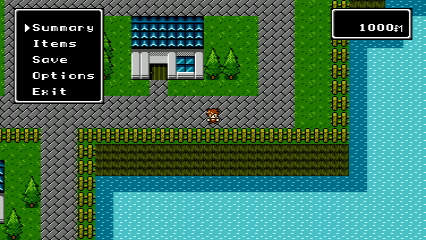 Step 1: First, add this command in commands.bsh for Battle Script Pro (credit to KDS for first discovering this when he posted his Incinerate script):

Spoiler:
#command removeitem 0x6A 0x1 "Bank" 0x1
(this command to remove items is already in the game so you don't need to add code or anything, it's just unidentified by BSP)

Step 2:
Compile the following table and put it into free space, make sure you take note of the offset you put it in. We'll refer to this table as NATURAL GIFT TABLE:

/*end table*/
.hword 0xFFFF
.hword 0xFFFF
When compiled, the format of this table will be [XX XX] [YY] [ZZ], with XXXX being the index number of the item, YY being the type that Natural Gift will change into, and ZZ being the base power. This table only covers the berries that are in Gen 3, so if you've added new berries then you'll have to add them into the table. MAKE SURE YOU LEAVE THE FOUR FF BYTES AT THE END, DO NOT OVERWRITE IT. (or change them to FE bytes, and in Step 3 modify the line "mov r4, 0xFF" to "mov r4, 0xFE").

Step 3:
Insert this routine into free space, and take note of its offset. We'll refer to this as ASM ROUTINE 1:

Step 4:
Now, insert this routine into free space as well, and take note of its offset. We'll refer to this as ASM ROUTINE 2:

And here's an animation:
Here's an explanation as to how this works:
So as you can see, "ASM ROUTINE 1" looks up the custom table we inserted and matches your held item to it (the move will fail if you're not holding an item or if you're holding an item that's not in the table), and then updates the type and base power accordingly. Now, with this routine alone, the damage and type calculations are correct, but the outcome message will always act as a regular move (regular as in not super-effective or not not-very-effective) unless if you don't have an item in the table (then it will just fail), and turns out the reason why is for some reason the outcome RAM offset (02023DCC) wasn't getting updated even though the battle engine should theoretically already have done so (if you have the routine be the first thing in the script). So what "ASM ROUTINE 2" does is that it looks up the type chart and the opponent's types and determines the outcome that way (and yes, I checked and double checked and triple checked with various berry & type combinations, so it works). It wasn't ideal, but it was necessary in order to get the correct message to show up.

"But Chaos, couldn't you just look at how Weather Ball and Hidden Power does it"? Well, I did (for anyone curious, the Weather Ball command's routine is at 0802D090, while the Hidden Power command's routine is at 0802B678), and what both do is that they update the value held by the pointer at 02023FE8(a dynamic memory location) + 0x13, usually the pointer at 02023FE8 leads to 02000010, so the type value is (usually) at 02000023. No matter what I tried with updating that value, it always played the normal hit sound (but would still do more or less damage depending on type, such as Electric type Natural Gift doing more damage to Pidgey than Water type Natural Gift), unless if it was a type immunity in which case it worked as expected. For testing reasons I tried giving a new test move Hidden Power's battle script ID, and turns out the correct sound effect doesn't play either (but it does with Hidden Power itself, even though I gave them the same battle script ID), and turns out the outcome offset was only being updated when using the actual Hidden Power, which leads me to believe that Hidden Power and Weather Ball's move ID's are hard-coded to update the outcome offset. So the whole purpose of "ASM ROUTINE 2" is to circumvent that. "ASM ROUTINE 2" manually looks up the type chart and what outcome it should be, and updates the outcome value at 02023DCC accordingly.

Next insert this ASM code:

And finally, use this battle script:


As for the animation, I just use Acid's animation but modified with Sleep Powder's palette, which makes it look a nice greenish-brown color just like the official games.

Power Trick: (note that this doesn't account for Baton Passing like the official games, sorry :P)
Exactly the same as above for Gastro Acid, but use this string and ASM instead.


As for the animation, I used Psych Up's animation movement with the particle I've attached to the bottom of this post.

We're going to have to insert three ASM routines.

And finally, use this battle script:

I know this method seems rather ridiculous to require 3 callasm's (and maybe there might be some redundant checks left in there because they were all modified heavily from Doesnt's Sucker Punch routine), but basically this method insures that it first prints "[user] used Me First!", does Me First's unique animation, then updates the RAM to the stolen Move ID, then says, "[user] used [stolen move]!" and plays the stolen move's animation. Having three check routines in between commands was necessary for Me First to have it's own unique animation AND still play the new animation afterwards AND display the updated string afterwards.

Male
Seen October 26th, 2019
Posted August 19th, 2018
1,312 posts
12.7 Years
225
April 4th, 2015 at 2:43 PM
(FireRed) Psycho Cut animation that looks more similar to the in-game one. Psycho Cut is not a contact move, so this would be more fitting (it's basically Air Cutter with the Psychic background). Basically the concept is that the user creates a blade with his/her Psychic powers. Also have some particles. They're already indexed. Use the Aura Sphere particle with Shadow Ball's movement and that bright-blue BG. Use the Energy Ball particle with Shadow Ball's movement as well. Use the Power Gem particle with Hidden Power's movement. And lastly, the Sucker Punch particle can be used for any Dark or Poison move where you want a purple hit marker.