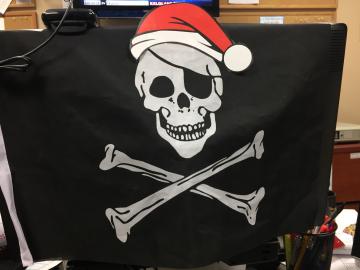 Seen 47 Minutes Ago
Posted 1 Week Ago
370 posts
2.1 Years
51
3 Weeks Ago at 4:33 AM
People who get offended on behalf of other people or who search out things that offend them so they can then complain. For example, spending hours on someone’s Facebook page finding and reporting posts that are years old because you didn’t like their risqué joke.
Lets have a moment of silence for all the strawmen burnt here, it is truly a massacre. -EnglishAlt

Age 23
Male
Milaturia.
Seen 44 Minutes Ago
Posted 44 Minutes Ago
5,350 posts
11 Years
52
3 Weeks Ago at 9:08 AM
Originally Posted by LDSman [ Original Post ]
People who get offended on behalf of other people or who search out things that offend them so they can then complain. For example, spending hours on someone’s Facebook page finding and reporting posts that are years old because you didn’t like their risqué joke.
god, I hate when people do this, more specifically the part about people going out and looking for people's old posts to get offended.

But when you act like your opinion is the be-all-end-all and should be taken as the word of god. That's what pisses me off.

Those people who say, "I'm so smart and correct, look at my impeccable opinion" and then try to pass off something subjective as something objective.

You know what they say, "One man's trash is another man's treasure". So just stop acting like you're the smartest person on earth, your opinion is about as important as everyone else's.

Also, going hand in hand with this, people who just follow other people blindly, and adopt that person's opinions instead of forming their own.

I see this with a lot of reviewers' and commentary channels fan bases. But, I dare call them fan bases. They're more cults of personality. They just worship these people and act like everything they say is like the word of god, and they act like must spread it like it's some holy text. While simultaneously punishing those who disagree like they're sinners.

They'll adopt any opinion they hear because these people and act like they're superior to everyone else, and that makes people think they're superior. But in reality, they're just brainwashing these people because they know they'll listen to whatever they say, and adopt their opinions.
The GBA Music Resource
Mega Evolution Patches

When I was a kid, orange juice was good for you, it had all the good stuff like vitamin C and calcium, and was good when you had a cold.

Now, people tell you its worse than soda.
Anyone who has ever looked into the glazed eyes of a soldier dying on the battlefield will think hard before starting a war.
— Otto von Bismarck
Advertiser Content