It’s teased a new Pokémon or variant, but what is it? We sure can’t see it, but we have clues.

Tip of its tail is red and swaying.
It's adorable!
White fur on the top of its head and around the neck.
Eyes are round and yellow.

Going by that, he is likely near Snowpoint City area. This pokemon is likely Ice and 'mysterious' could be ghost, dark or Psychic. It definitely isn't a ghost type, because it wouldn't make that much noise when walking.

Also the time frame of a video camera being invented is around 1888. So I think we now have our time period.

Edit: It could possibly be a Poocheyena. IN Pokemon Snap, we saw Mightyena in the snow area. So it could be a Dark/Ice type.

Age 21
she/her
Italy
Seen 1 Hour Ago
Posted 1 Day Ago
119 posts
219 Days
5
October 19th, 2021 at 8:27 AM
i loved it! i think it's a zorua, but actually i m pretty sure it's some new Hisuian form. the description included some new features of the hisuian form and some others of the original form. This way it's quite impossible to understand which pokemon it is. It's amazing that on the Japanese website there's a whole chat telling trainers that this old video was found in Canalave library and whoever found it is asking us for help. This is totally new and thrilling for a pokemon game! I am so happy, especially because it looks like the Arc phone could play a really important role... Yeah... you are not FNAF. Nor are you a horror game Pokemon lol. 😛

It was interesting though. I guess.

As far as what the pokemon was... who knows. I'm not going to guess because it'll just be wrong. We'll find out soon/eventually I'm assuming.

Also... might have just been me... but I swear the VA in that video sounded like Tanjiro from Demon Slayer 😅
Support #OperationSurvive in whatever way you can. https://www.youtube.com/watch?v=9lsBSkZ_PMQ

Male
Tennessee
Seen 8 Hours Ago
Posted 8 Hours Ago
5,281 posts
11.6 Years
9
October 19th, 2021 at 12:38 PM
I guess it could be safe to assume it is a pokemon that looks similar to Growlith or Vulpix. My guess is that it will be revealed within a week or two. While I'd like to say that, it is very possible that it might be something like Nidoran with fur. But that might be going a little far, especially since the originals were in Sinnoh games. But I would love to see new forms.

I think however it is going to be the foot steps at the end of the teaser. Those foot falls sound familiar and it could be because I've heard them in Sword and Shield with wild pokemon walking around. But I don't remember which one.

It was the the sound that gave away Galar Ponyta originally as well. And you can hear that same galloping sound in the games when pokemon follow you. And just sound like a slow, heavy, lumbering pokemon with a small one beside it.

Age 28
Male
In a Rabbit
Seen 8 Hours Ago
Posted 8 Hours Ago
794 posts
8.4 Years
10
October 19th, 2021 at 2:43 PM , since edited
I'm thinking its a Flaaffy. It has fur on top of its head and around its neck. Scratch that, perhaps a Hisuian Ampharos whose regional variant retains its pre-evo's fleece. Ampharos already has has a red-tipped tail, round eyes, and white fleece. Yellow eyes would fit its current color scheme. If the eyes are yellow, what color is the main body? Perhaps something that would fit an icy climate perhaps, such as white. Or maybe a Mareep, if it's being mistaken for the same small size as Vupix.
3DS FC: 4914-3495-9756 (IGN: Shrew) Seen October 22nd, 2021
Posted October 22nd, 2021
108 posts
2.6 Years
11
October 19th, 2021 at 3:25 PM
The more interesting thing about the video is the narrator's surprise at seeing Snorunts... in the snow. Either the guy is an idiot or the ones he's used to aren't snow-dwellers, which could hint at a non Ice type variant. Although that would make the name pretty weird, lol. 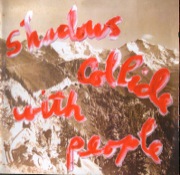 Male
Tennessee
Seen 8 Hours Ago
Posted 8 Hours Ago
5,281 posts
11.6 Years
14
October 20th, 2021 at 2:38 AM
It is possible that it is Zorua. I honestly would love more Unova pokemon to get forms. I know a lot of people are saying that because it matches the description we are given, but that fact is making me thing it will not be Zorua because usually when we get a form change, it does not keep its original hair/fur.

I will say this, I was editing some screencaps of the video, like to make things brighter, ect. I wasn't able to get anything solid except the snow really popped with brightness and what not. The thing though, there is a orange figure in the picture, so it could be an orange pokemon or maybe it was fire.

I really don't have a good picture for people to look at... I was hoping to suggest it so others could look at it if they have more advanced editing stuff. All I am doing is using a free editor. I feel like if I share what I got, it wouldn't really add much to the convo or speculation.

None
Seen 1 Week Ago
Posted 3 Weeks Ago
16,209 posts
7.1 Years
15
October 20th, 2021 at 2:48 AM
A rumour of Hisuian Froslass was doing the rounds at one point on Twitter, and there were Snorunt at the beginning of the trailer, so maybe...? The source wasn't particularly reliable, but even unreliable leaks hit the mark sometimes. Given Froslass' Pokedex entries I feel like this is the kind of thing that fits it, too - luring travellers into the mountains, etc.

Either way, I honestly found this more frustrating than enjoyable - I mean sure, make it more interesting than just a reveal, but actually HAVE a proper reveal at the end!

One of Lord Bowser's most loyal Goomba troops.

Male
Mushroom Kingdom.
Seen 1 Hour Ago
Posted 1 Day Ago
37 posts
197 Days
16
October 20th, 2021 at 5:38 AM
I was watching Five Night's at freddies related videos right before this video came online... Talk about a crazy coincidence... I also thinks its a little bit too dark for a trailer of a Pokémon game.

I honestly don't know what the pokémon is in the trailer... I'll just let time tell. 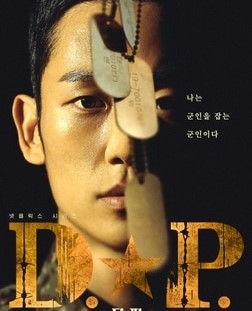 Anxiety's cut your blood Chasing all your ghosts

Male
Seen 4 Hours Ago
Posted 4 Hours Ago
320 posts
10 Years
17
October 20th, 2021 at 5:54 AM
Pokemon turns into a horror show? Perfect for Halloween season and I love it. Hopefully it will be a new pokemon rather than regional variant 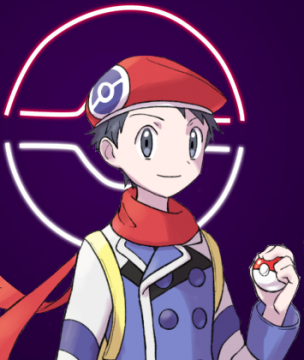 Age 24
Female
Cali
Seen 1 Day Ago
Posted 2 Weeks Ago
150 posts
12 Years
19
October 20th, 2021 at 2:33 PM
Originally Posted by adventure [ Original Post ]
I'm confused. Why is there a camera, modern technology, in a L:A ancient setting? :V
Not gunna lie, that perplexed me a bit too but then the researcher? guy mentioned it being "strange device" if I heard correctly. Given the Sinnoh Legendaries like Dialga being able to control time, it may be something pulled from another point in time? Could also be made by Arceus since it makes some device for the player character too... I dunno though.

Froslass is seen in the trailers along with Glalie, so it isn't any of those.


I am starting to think it is Zorua again with how many connections the pokemon has to Sinnoh going by BirdKeeperToby's new video he posted to day and it makes a lot of sense. Zorua was in a Sinnoh movie. And there are two tales in the library in Sinnoh (6th Gym Town I think) that suggests a pokemon turning into a human. We also have the connection with Celebi and other stuff that has also recently come up.